Castella, or Pão d’Espanha, a long rectangular bread, (Bread of Spain) was brought to Japan in the 1600s by Portuguese traders. When Castella was first introduced, it was expensive to make due to the high price of sugar. Despite that, Castella became popular in the port city of Nagasaki, where it is considered a specialty today and known as wagashi. The Japanese make their Castella with many different flavors, like matcha or red bean, or fill it with a jelly.

During the Meiji Era, the first port to open up to foreigners was Yokohama in Kanto. Hamburg Steak, from the German city Hamburg, first appeared in the city of Yokohama. It became popular in Japan in the 1960s after magazines extensively promoted the dish as an easy way to serve lower-quality beef, consisting of just a hamburger patty. The Japanese usually serve their hamburg steak with rice, gravy, and other sides. The Hamburg Steak today is a staple meat in Japanese lunch boxes (bēnto).

Although noodles are common everywhere, they are only served with ketchup in Japan. This dish’s inception came from U.S. Military rations, which sometimes featured pasta with ketchup, a cheap alternative to the traditional tomato sauce. The Japanese embraced the pasta and added their own quirky toppings, including sausage and different vegetables. The dish can be found everywhere in Japan now, even in the form of instant Naporitan Pasta.

Curry was originally an Indian spice. The British, India’s colonial masters, brought curry to Japan. The spice was an instant hit with the Japanese and was available for purchase in Japanese restaurants in the 1860s. However, the popularity of curry took off when the Imperial Japanese Navy adopted it to its menu, where it still remains. Today, curry is much more commonly consumed than tempura or even sushi. The Japanese make their curry in a 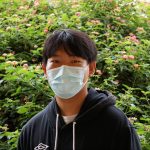