Starting off as a web comic before being adapted into an equally-beloved manga, Horimiya has come a long way with its recent anime adaptation. Bursting with romance and comedy, Horimiya is a sweet treat that tides over the winter blues and tells a story between two polar opposites: Izumi Miyamura and Kyouko Hori.

Izumi is perceived as an ordinary, gloomy nerd, while Kyouko is a popular, extraordinary student. Contrary to their appearances, Izumi is a gentle boy sporting nine piercings and a few body tattoos that he desperately—and comically—hides. Kyouko, on the other hand, sheds her bright appearance once at home, dressing simpler and juggling housework while caring for her younger brother. Horimiya focuses on their blossoming friendship, turned relationship, as they learn about the sides of themselves that they hide at school while finding acceptance in each other and their friends.

The cast of characters that make up Horimiya is wide. Although Izumi and Kyouko are the main focus of the story, the side characters have their own stories that are explored. Characters like Tooru Ishikawa and Yuki Yoshikawa shine through dedicated episodes and small meaningful actions. All of these interactions created a lighthearted dynamic between the cast, tinged with their own romantic pursuits between one another that I enjoyed immensely.

The visuals of Horimiya, as well as its liberal use of chibi drawings to accentuate the comedy, is stunning with its faithfulness to the manga’s artwork. Although the anime adaptation cuts content from the manga itself, the majority of the manga consists of sweet slice-of-life stories with the occasional plot progression sprinkled in. As someone who has read the manga, it was still a rewarding experience to see specific chapters brought to life on screen.

Rarely did I ever find myself disliking any of the episodes, save for the occasional second-hand embarrassment I felt for the characters. The dialogue at times can feel oddly stiff during scenes where the characters are engaging in idle chatter opposed to scenes where verbal exchanges are driven by the situation. One thing that I loved most about the dialogue, however, was how much personality and wit the exchanges contained. Voice actors like Kōki Uchiyama (Izumi) and Haruka Tomatsu (Kyouko) skillfully depicted their characters, capturing how their characteristics and traits would display themselves in their voices.

Horimiya has been a classic romantic comedy series even before it was adapted to the screen. Although the web comic has long ended, the manga and the anime adaptations themselves are drawing to a close in mid-March, bringing another end to a wholesome story of acceptance and growth between characters on the steps to adulthood. 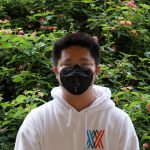