To commemorate the importance of mother languages around the world, the United Nations Education, Scientific, and Cultural Organization formally announced International Mother Language Day at a general conference in November 1999. International Mother Language Day originated in Pakistan after gaining liberation in 1947. East Pakistan, now known as Bangladesh, scholars demanded Bengali be the state’s language, but other members wanted the state language to be Urdu. Opposition to the proposal that wanted Bengali to be the state language, caused several East Pakistanis to go on a strike.

The government banned the strikes in face of protests; however, the leader of the committee retaliated on Feb. 21. The march clashed with the police, resulting in several casualties and arrests. In 1953, a memorial was held to honor the martyrs who died, and Bangladeshis made International Mother Language Day a holiday because they were successful in designating both Bengali and Urdu as the state’s official languages.

After recognizing its significance, the United Nations General Assembly (UNGA) formally announced International Mother Language day in 2002. On May 16, 2007, the UNGA called upon its member states to encourage participation in preserving all the languages and increase linguistic diversity.

Currently, in Bangladesh, they still honor the martyrs by placing flowers on their monuments. The increased recognition of the holiday prompted sponsors around the world to promote language diversity and multilingualism. Today, there is a continued awareness of its worth in society and cultural heritage across the world. 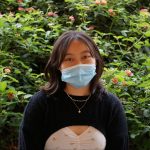