As more first-generation students are born in the U.S., they end up losing their native tongue and communicate through English as their primary language. Students who forget their mother language put themselves at risk of being disconnected from themselves, their family, and their culture.

The parents of many first-generation students are not fluent in English and typically rely on their native speech to communicate with their children. However, when a student slowly abandons the language, the conversations between them and their parents are composed of two different broken languages. The little to no communication may discourage any real conversation from forming, forcing a dysfunctional relationship between the parent and child. To reconstruct the relationship back to a healthy state, the language barrier must be fixed by having the child learn their native tongue.

One of the most distinguishable features of different cultures is its language. Failing to learn one’s mother tongue encourages the loss of cultural identity. Preserving the culture that one grows up in allows for a broader view of one’s identity. Without the mother language, many students would lack self-confidence as their individuality would be lost, which is crucial in any space from classrooms to workspaces.

Although some say that knowing one’s native language is useless because English is more prominent and is the main language taught in the U.S., different languages from one’s cultural background should still be considered essential. The U.S. is known as a “melting pot” of different cultures and people, and the only way to stay true to that is to remember and practice one’s mother tongue. Not doing so would cause the loss of the rich diversity that shaped the U.S. in favor of a conforming, homogenous nation.

Preserving different traditions and customs is necessary for anyone’s life. There needs to be a strong normalization of practicing one’s native tongue. Students can converse with their peers in their native tongue during their breaks or ask their parents to teach them everyday phrases. A more entertaining way to learn the language would be to listen to music, read books, or watch movies in the native language. Preserving one’s mother language holds importance to who everyone is, and forgetting it, forces us to ignore our uniqueness. 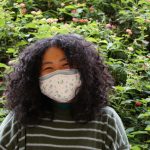