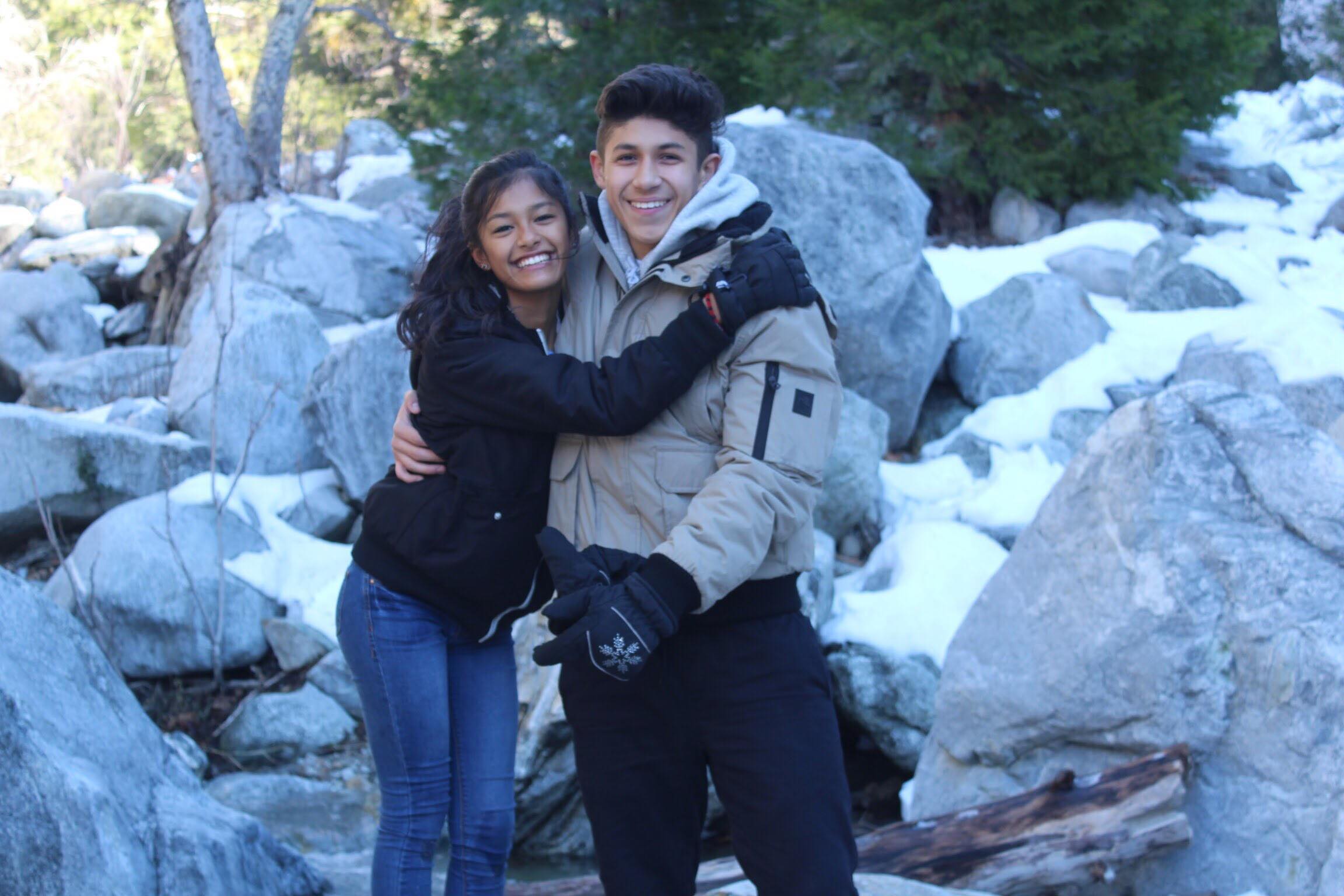 It was a regular, sunny day at a friend’s quinceañera practice when senior Humberto Rivera decided he wanted to change the year-long friendship into a relationship two years ago. Aware of the feelings he had for senior Summer Macias, he pulled her aside and asked if she wanted the same thing.

“We already liked each other,” Rivera said. “But on that day, I made it official.”

Friendship between the two first ignited during Freshman Summit when Macias approached Rivera in hopes of making a new friend. As their bond grew stronger throughout freshman year, their feelings soon flourished into something stronger: love.

“He seemed like a really cool person to be around,” Macias said. “He was a very welcoming person, [and] his smile really caught my eye.”

Ever since then, their two and a half year relationship has been filled with everlasting love and support. Macias describes Rivera as her “other set of eyes,” helping her “see the positives in hardships.”

“He has really brought out my true colors and motivated me to keep going on my bad days,” Macias said. “It’s as if he has a solution to every issue I come across.”

However, there are inevitably bumps in relationships that must be encountered. Macias was worried about the language barrier that would inhibit fluent communication with Rivera’s parents.

“I was a bit intimidated because his parents [are] more on the Spanish side, and I don’t really know much Spanish,” Macias said. “I do know the basics, but I was just scared [that] they wouldn’t like me.”

However, the intimidation soon disappeared as Macias reached an understanding with Rivera’s parents about her lack of fluency in Spanish. She continues to put her best effort in maintaining every conversation with them.

“I did explain to his parents I was not confident with my Spanish skills,” Macias said. “His parents were very considerate. Till this day, I try my best to join conversations and bond with his family. I opened up to them a lot and love them.”

Regardless of the difficulties, the relationship had proved to be something special for the both of them. Appreciation for each other’s company grew as they spent almost everyday together studying, playing basketball, watching movies, and eating out.

“This relationship has made my life so great in many ways,” Rivera said. “She’s my best friend, and I know she will always be in my heart no matter what we go through.”

Macias and Rivera say they see their relationship lasting throughout high school, blossoming with growth after every obstacle. They learned that every experience–good and bad–helps strengthen the relationship.