Emerging from the dim and dull underground, the player opens the door to the realm of the Lands Between, seeing the bright foliage, ruins, and a colossal glowing tree in the distance.  A breathtaking view fills the screen, arousing a sense of awe and amazement within the player as well as excitement to know where this ambitious project of Hidetaka Miyazaki, creator of the “Souls” series, and George R.R. Martin, author of Game of Thrones, will lead in the game “Elden Ring.”

In its release, the game obtained amazing reviews from many critics and continues to do well in its ratings. It is obvious why “Elden Ring” is so highly rated given its amazing and gratifying gameplay. Its combat has the player take a third-person perspective while traversing the game’s world. There are also a variety of weapons to choose from, each with its unique moveset and abilities. I often find myself spending hours experimenting with the different types of weapons, including daggers, greatswords, curved swords, katanas, hammers, and many more, and their skills, all of which provide endless entertainment for the player.

The combat is very fluid and engaging, so much so that I often find it hard putting my controller down. One focal point of the combat is the dodge roll. As seen in many other games of the “Souls” franchise, the player can perform a roll to become invincible for the duration of the animation. Timing rolls with the enemies’ attack soon turns into a song and dance where the player needs to find the right tempo while also attacking the enemy. Each boss has its own tune that the player needs to learn in order to best them. One boss fight might be fast paced while another might be slow. These boss fights are challenging and difficult, yet rewarding and captivating. Becoming lost in boss fights becomes a common occurrence as players spend hours and hours achieving victory.

However, one problem many players have with “Elden Ring” is the difficulty. FromSoftware, the game’s creators of, are known for their difficult, rage-inducing games, and “Elden Ring” is no different. Many players tend to quit after attempting to beat the first boss. Despite this drawback, the combat is fair, and the difficulty only makes victory that much sweeter and worthwhile. The feeling of frustration and anger after spending hours fighting a boss turns into pure euphoria after winning, a feeling that is hard to find in the current generation of games.

Even though it is advertised heavily, the story of “Elden Ring” is, in a sense, hidden. The lore is not found through gameplay and is instead found in the environment and descriptions. It is not put outright, forcing the player to specifically look for it. This may turn away some who find a clear narrative integral to a game with such a fascinating world.

The community is another part of the game that can be very fun to engage in but frustrating at the same time. “Elden Ring” allows players to leave messages for other players anywhere in the world. This has spawned many inside jokes within the community such as calling any animal a dog and other jokes that are not suited for younger audiences. However, the community has a dark side to it that players will encounter while playing “Elden Ring.” There is a feature in “Elden Ring” that allows players to invade other players, giving the game a “player vs. player” element. This would be a great feature if players did not abuse game-breaking bugs that made fights meaningless. There was a bug that would almost always one-shot a player’s character if they were in proximity of the invader. This bug was frustrating to say the least, making the element the worst part of the game. However, the developers at FromSoftware were quick to fix this bug and will continue to fix any others in a timely manner.

“Elden Ring” is one of the best games created this decade, and I would recommend it to anyone who is familiar with the “Souls” series or anyone who is interested in playing a “Souls” game. However, if one is not an avid gamer, I would not recommend “Elden Ring,” as its difficulty tends to push away many new and experienced gamers. 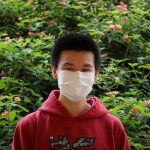