The Book of Boba Fett is a brand new Disney+ series from the Star Wars franchise and is a spin-off of The Mandalorian. With such tight-lipped marketing that said little about the plot, I had nothing to base my expectations on; because it is a Star Wars show, I only expected it to connect to past Star Wars media. So far, The Book of Boba Fett has succeeded in integrating with the Star Wars universe and has broadened its borders by exploring previously unaddressed aspects of the galaxy far, far away.

The show wastes no time in cementing itself in the Star Wars setting. Within the first minutes of the show, Boba Fett has flashbacks from past movies. Additionally, the phenomenal costuming in the show brings to life numerous alien species—both new and old—with precise detail. All these factors come together to make The Book of Boba Fett feel cohesive with past Star Wars media. This continuity immersed me in the Star Wars world and made the stories seem that much more real, which can be hard for a franchise with space wizards and planet-destroying space stations.

The best part of The Book of Boba Fett is that it explores new parts of Star Wars. For example, episode two heavily focuses on the Tusken Raiders, a group of desert nomads who were usually depicted as aggressive savages. The Book of Boba Fett instead gives insight into their intricate cultural rituals and gives them an atypically sympathetic portrayal. The trailers also promise to delve into the criminal underbelly of Star Wars, which has been criminally underdeveloped. Exploring these parts of Star Wars keeps the franchise from feeling stagnant and made me excited to see how the show will expand on it.

My one gripe about the show is that the majority of the first few episodes are flashbacks. I disliked how the flashbacks did not progress the story or even hint at the show’s overall plot and oftentimes felt slower than the rest of the episode. Admittedly, the flashbacks were necessary since they presented character-defining moments from Boba Fett’s history, but I was left feeling like there was a better way to present that backstory in a way that was not as slow, repetitive, or predictable.

It does not matter if you are into Star Wars or not; my verdict remains the same: I would recommend anyone to watch this series. Although the show is tied to other Star Wars projects, the connections are not integral to the plot, and even if a viewer does not understand certain references, it will not take away from the show. The Book of Boba Fett absolutely works as a standalone show that gives fans a much anticipated deep dive into the iconic bounty hunter’s character. 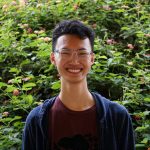