Japanese immigrants who moved to the U.S. often brought their native foods and recipes for a sense of normality into a new country. With many bustling restaurants throughout the nation and quirky snacks sold in stores, food from Japan has become quite popular.

It was not until after World War II that Japanese food spread to different groups of people. Japanese cuisine rode the popularity of sukiyaki as Americans started to take interest in the dish. Sukiyaki, a hot pot style meal, drew many Americans into Japanese restaurants since they loved how the dish was prepared right in front of their eyes. Shabu-shabu is another hot pot meal brought to the U.S. However, its flavor is less prominent compared to sukiyaki. Restaurants, such as Oseyo Shabu Shabu in San Gabriel, were founded one after another and spread joy through food.

Another popular dish that originated from Japan is sushi. Some claim that sushi restaurants opened their doors in America around the 1950s, but the dish was only popularized by the restaurant Kawafuku in the ‘60s. Japanese businessmen catered the dish to their American colleagues. Ingredients such as crab and avocado were added to help propel the popularity of sushi since raw fish was not very palatable to some Americans. Over time, more and more sushi restaurants were created, and by the 1980s, the dish became a full-on craze.

In the ‘70s, instant ramen began to gain traction in the American market. Before the creation of instant ramen, people waited in long lines to receive meals. That is why Momofuku Ando decided to accelerate the noodle-preparation process. After experimenting with Monosodium glutamate (MSG), palm oil, wheat, and heat in his backyard for a year, Ando was able to create noodles that could be rehydrated and made in three minutes. Oftentimes, students fundraisers and snack bars during sports games would sell instant ramen. These delicious noodles are extremely well-loved for its convenience, low cost, and wide variety of flavors among the people in San Gabriel.

Naturally, an influx of Japanese cuisines in the nation prompted people to put their own spin onto the cuisines. With new and innovative ways of preparing Japanese food, different cultures are blended together to create something potentially special. 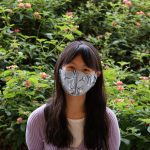