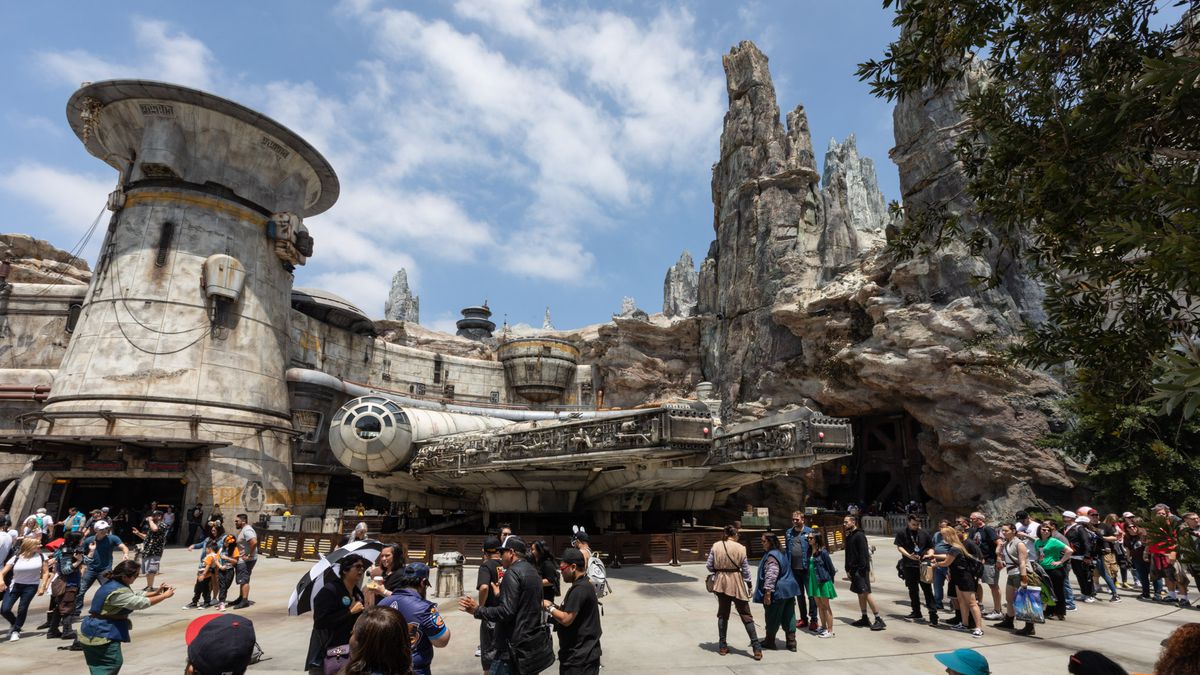 I am a huge fan of Disney, so when I heard the announcement of Star Wars Land: Galaxy’s Edge opening, I was absolutely ecstatic. I visited the new land within its first week of opening and could not wait to see the newest addition to Disneyland California.

As I walked into the alien planet of Batuu from Star Wars, the entrance and initial glances of the land were disappointingly underwhelming. However, as I continued to make my way to the heart of Batuu, I was impressed to see how amazing and large-scale all the buildings and starships were. Disney employees, also known as Cast Members, spoke outlandish phrases to fit the theme of being on another planet. The world also featured signs and words written in Aurebesh, the language of Batuu.

Although the environment felt unfamiliar at first, it turned out to be very immersive and made me feel like I was actually a character in the Star Wars universe. What really made the experience memorable, however, was how Storm Troopers, Chewbacca, Rey, and other Star Wars characters casually walked around and interacted with visitors.

Currently, the only ride at Star Wars Land is Millenium Falcon: Smuggler’s Run, which is an interactive ride where guests are assigned a role as either pilot, gunner, or engineer in a starship. I thought that the ride was realistic and well-executed, but it was not as fun or exciting a rollercoaster would have been. In addition, I did not like how the gunner’s and engineer’s controls were on the side, because I was more preoccupied with pressing buttons than enjoying the ride. Since the mission involves teamwork, I recommend waiting in the regular stand-by line, instead of the single-rider one, so you can play with friends rather than strangers.

Other highlights of the land include building a lightsaber for $200, dining in at Oga’s Cantina, getting a taste of green or blue milk for $8, constructing a drone for $100, and visiting the plentiful shops located in the Black Spire Outpost.

Overall, my experience in Star Wars land was a positive and enjoyable one, despite not knowing much about the franchise. I loved the atmosphere and how immersive the attraction was, but I was not a fan of how there is only one attraction so far. Personally, I think there should have been more activities to do that did not involve money, or were at least reasonably priced.