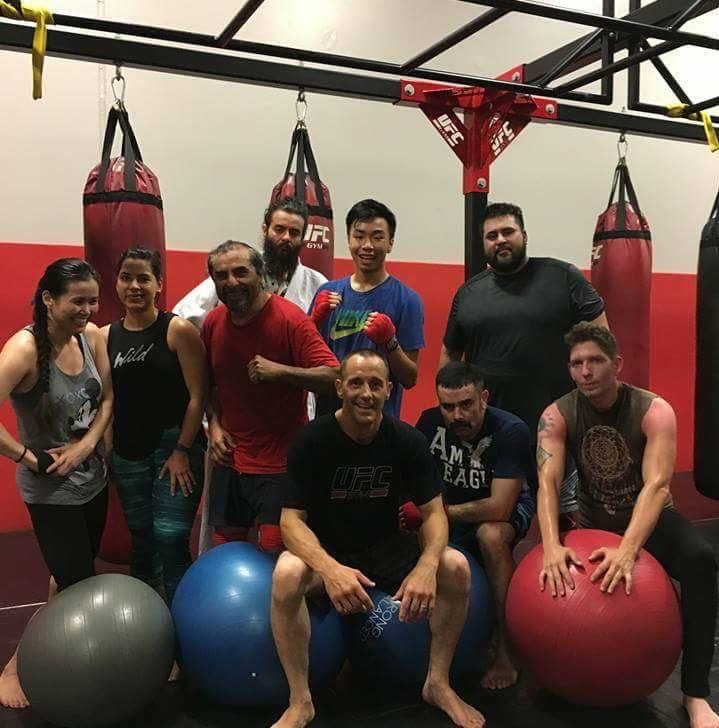 Junior Raymond Truong recalls the adrenaline surging through his body as he prepares for another round of sparring in his mixed martial arts class. Tension surrounds the ring as both fighters sway side to side facing each other. The two martial artists carefully scan for an opening in the other’s defense before striking with vicious speed and accuracy.

“Sparring other disciples definitely made me a better fighter,” Truong said. “The more challenging the opponent is, the more opportunities there are to improve.”

Prior to enrolling into the class, Truong was unaware of the intensity and physical demands of the sport. In the beginning, he felt inferior compared to his more experienced peers—almost as if he was just another punching bag for their disposal.

“On my first day of class, my coach did not know that I was inexperienced, so when we sparredsparred, he kicked my butt,” Truong said.

Despite his rough welcoming into mixed martial arts, Truong persevered through the arduous training in hopes of improving his mental and physical strength.

“The real loss is when you back down from a challenge,” Truong said. “Now, a punch doesn’t feel so bad and facing an opponent is not as scary.”

Mixed martial arts also brought Truong out of his shell.

“I was a timid kid back then,” Truong said. “Mixed martial arts helped boost my confidence and I gained a lot of new friends from the class.”

Truong credits his childhood friend for introducing him to the combative sport. What began as his curiosity soon became a hobby that Truong dedicated every weekend practicing.

“Nathan would tell me about how he was learning self-defense and how fun it was,” Truong said. “One day, he said that he wanted a partner to train with, so I decided to join him.”

Although Truong no longer attends the classes due to the high expenses, he values the experience he shared with his coach and peers. He hopes to continue mixed martial arts in the future and meet new people while reconnecting with old friends from the class.