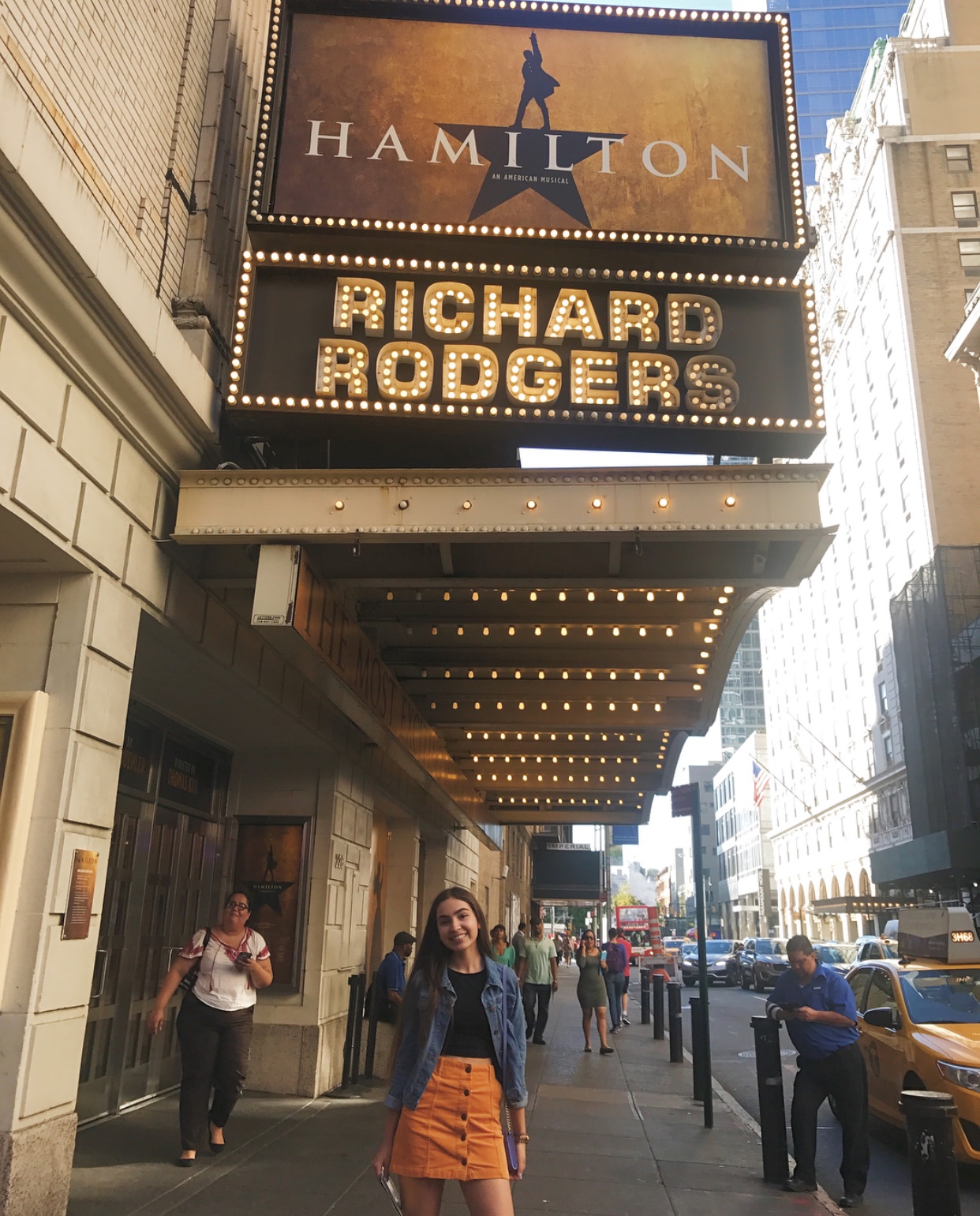 For senior Genesis Landeros, her passion for theatre extends past what she is provided in a classroom setting. In addition to acting in plays at school, Landeros takes every opportunity to go see productions both on- and off-Broadway.

Landeros has watched a total of 25 shows within the past three years. Some productions were viewed locally in theaters such as the Ahmanson in Los Angeles, and others on Broadway in New York and overseas in London.

Courtesy of school field trips to theaters during high school, the thespian was able to further her interest in performing arts and learn more through the eyes of the audience.

“When I first came to San Gabriel, I had always been interested in acting, but I never really knew too much about the theater world,” Landeros said. “[From watching shows], I think I’ve just subconsciously taken [certain] characteristics from each actor I’ve seen.”

Landeros was taken to her first play, The Fantasticks, in her sophomore year at the Pasadena Playhouse. Right from the start, Landeros noticed the distinction between the live dramatization and televised screenplays, starting with the effect of the audience’s energy on the performing cast.

“[With] movies, you don’t develop a personal connection with [the cast] or with the show,” Landeros said. “With theater, you’re so involved and the audience is the one that shapes the show.”

Despite her love for the art, Landeros is often unable to find individuals within her social circle who share the same passion.

“A lot of these musicals I go watch alone, and I don’t mind it,” Landeros said. “I get to meet so many people who are theater lovers just like me, and I feel so comfortable.”

Furthermore, Landeros does more than just watch the shows. She regularly participates in “stage-dooring,” where she waits by the stage door for performers to come out, sign her playbill, and engage in brief conversation.

“I always have such a fond memory of a show, and the actors share that because although they have [to perform several times], we share that one performance,” Landeros said.

Landeros relishes the opportunity to learn from live theater performers who assume a character on a nightly basis.

“I feel like when you’re portraying a character, no matter who it is, fictional or real, you have to make that person come alive,” Landeros said. “In order to do that you have to be vulnerable not only as the character but as yourself, and scariest of all, to the audience.”

Landeros expects to continue watching theatre performances in order to foster more of the skills of the professional cast. Her most recent attendance was to see Wicked at the Hollywood Pantages Theater in late January.