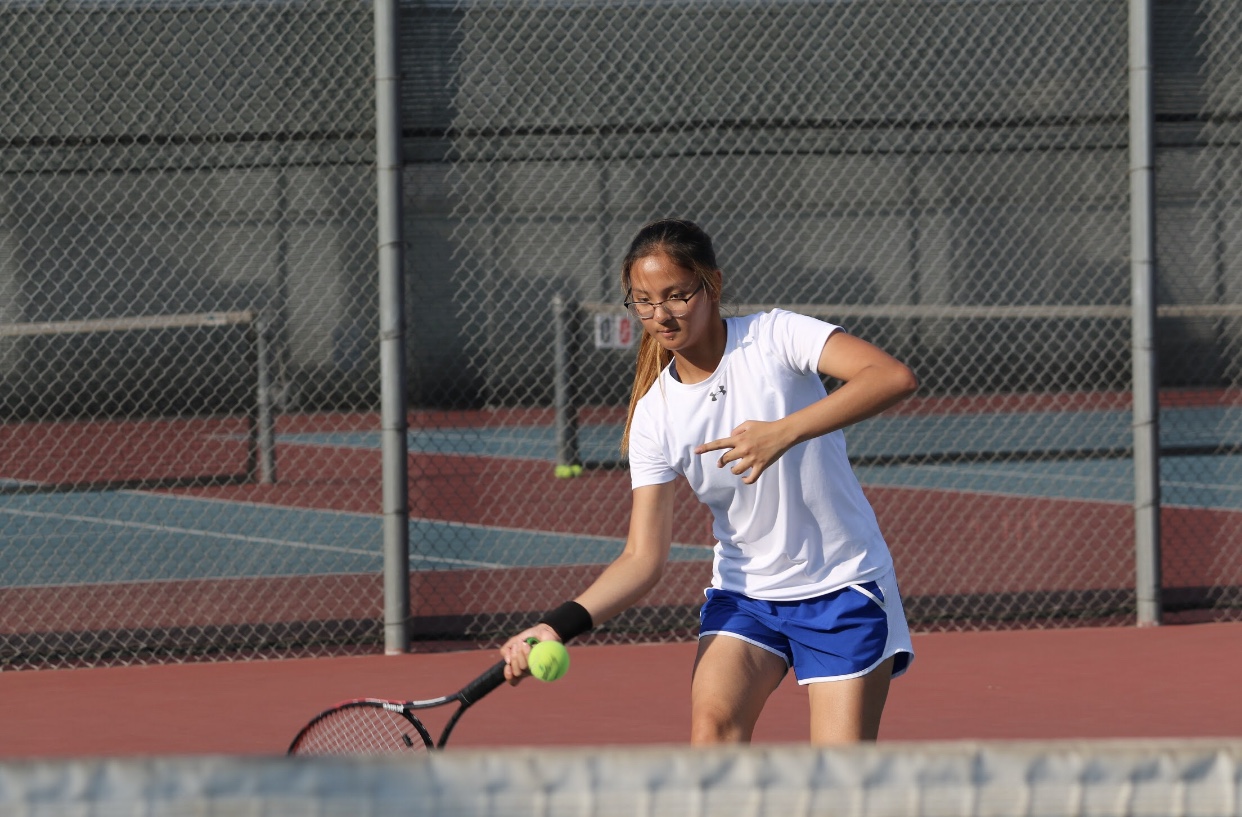 Varsity girls tennis triumphed over Hueneme High School in the first round of CIF (California Interscholastic Federation) playoffs on home courts by a score of 13-5 on Oct. 30.

“I felt happy knowing that all the team’s hard work from practicing and sweating under the sun finally paid off,” junior Lily Ta said. “We worked super hard to make it to where we are now.”

According to Ta, the top three teams from each league advance to playoffs. The Matadors qualified for the CIF playoffs by placing second overall in the Almont League. They scored 10-8 (W) against Alhambra, 4-14 (L) against Mark Keppel, 10-8 (W) against Montebello, and 11-7 (W) against Schurr.

“[Playoffs are] a chance to prove to ourselves that we are as good as all the other players in league,” junior Kayla Lau said.

For the first time in three years, the girls advanced to CIF playoffs.

“There were so many emotions I was feeling, but I mostly felt excited and nervous,” Lau said. “I mean it’s playoffs, so it was scary.”

The Vikings traveled from Oxnard, California to compete against the Matadors; this marks the fourth consecutive year for the Vikings to qualify for playoffs. Despite the overwhelming pressure, the Matadors demonstrated their skill and dexterity in their victory.

“Going against the [number one doubles] always makes me nervous, especially with Hueneme, because they weren’t from our league,” sophomore Laureen Huynh said. “We had no idea what to expect.”

The Vikings proved to be a formidable opponent as they displayed their agility on the courts.

“[They] had quick movements and [effectively] set each other up,” senior co-captain Shirley Fung said.

Co-captain Stephanie Tan is proud that the team ended the three-year drought and looks forward to what the team can accomplish in the future.

“I hope the team [continues] to make it to CIF and win all of their playoff matches,” Tan said. “There is no doubt in my mind that they will, [because] they had a good [junior varsity] season.”

In the second round, the girls were eliminated by Montclair on Halloween.

However, the Matadors concluded with a successful season overall. In individual play, two double teams consisting of senior Patricia Nuestro and sophomore Laureen Huynh, and juniors Kayla Lau and Lily Ta will continue onto CIF Individuals on Nov. 19.