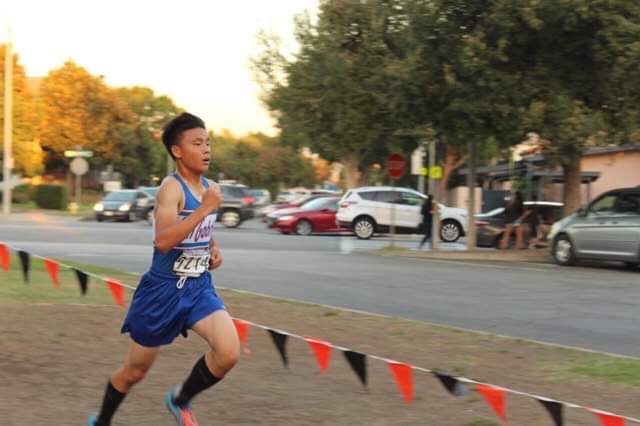 As a returning cross country runner, sophomore Jason Phung has been a valuable addition to the team since his freshman year.

“The biggest reason for me joining [cross country was because of] my brother,” Phung said. “He introduced me to the sport and made me realize that running was fun.”

The existing bond between the siblings grew stronger through the competitive atmosphere of the sport. Phung became inspired to join cross country after his older brother, alumnus David Phung, told him about his achievements.

“My brother would come home with all these stories [about cross country],” Phung said. “It really interested me and made me want to have my own stories to tell.”

Phung began training with the cross country team early on.

“I was dragged along to summer practice with my brother during 7th [and] 8th grade and have been running ever since then. My brother and I have always really been competitive so when I found out he was running cross country, I really wanted to beat him,” Phung said.

The Apache Invitational in Arcadia County Park was the last invitational of the season and also the most competitive. Phung raced against last year’s Nike Cross Nationals winning team and past two state Division I championships, Great Oak, with a 3-mile time of 16:43.

“When the head captain, Michael Wong, told me that one of the best schools in the nation would be racing [against] us, I got even more nervous and pessimistic about the race,” Phung said. “I started the race not really knowing what to expect and ended it with a personal record.”

“It was bittersweet when I found out that I made [CIF],” Phung said. “I felt that my hard work during the season was vindicated, and I would have something to look back to as well as be moderately proud of.”

Although Phung also qualified for CIF last year, he still felt nervous competing against the other league champions, who were decorated with past recognitions.

“It was intimidating, because [I saw] teams with banners [of] all of the years they were champions or runner ups,” Phung said. “[However], it was reassuring to talk to the less serious individual qualifiers, because they had stories similar to mine and were extremely encouraging.”

Phung was “devastated” by his placement in CIF preliminaries; however, he remains optimistic for future seasons. He hopes to live up to the expectations of his coaches and brother and continue to meet the qualifications for CIF.