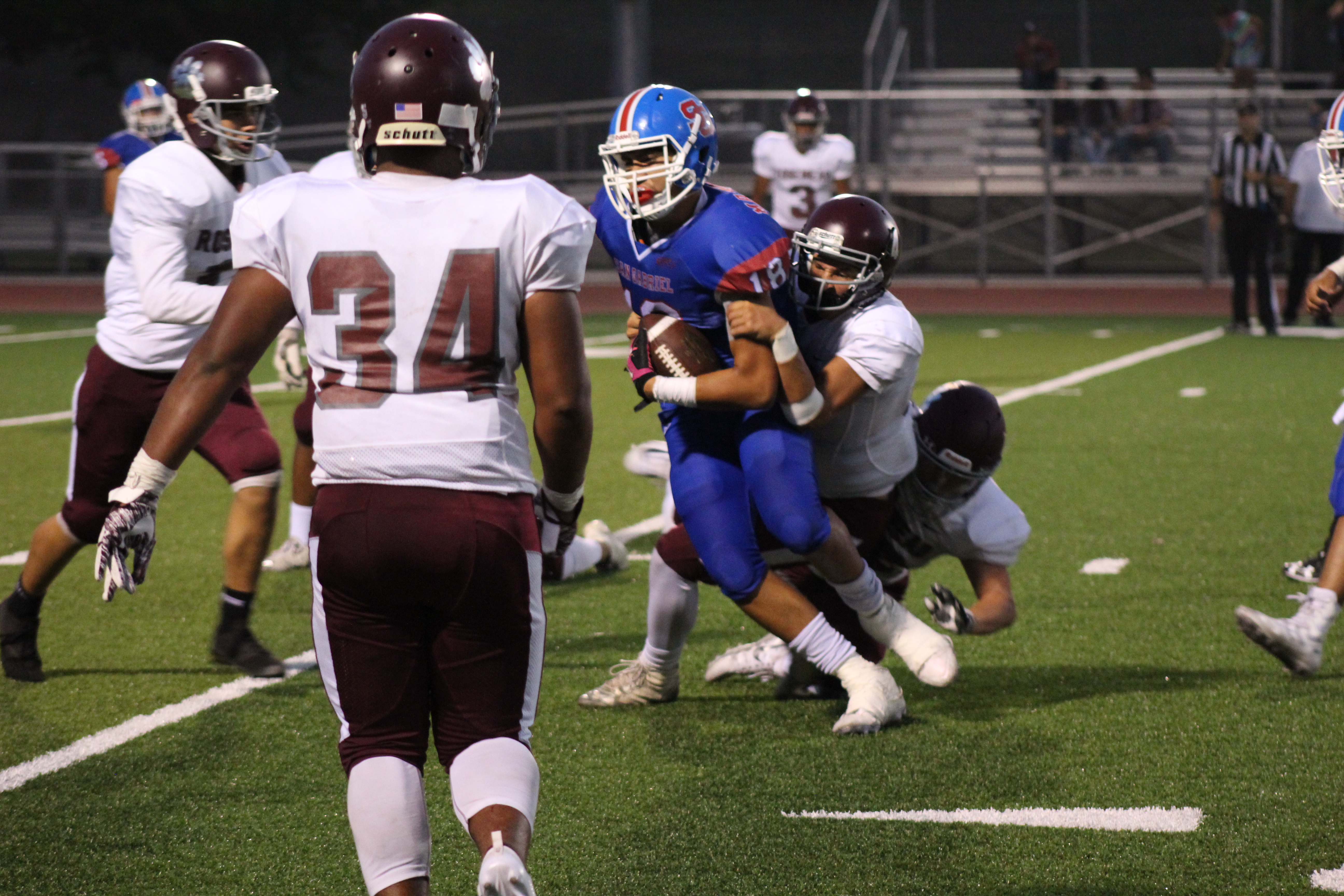 The varsity football team’s second preseason game on August 24 ended with a losing score of 26-7 against the Rosemead Panthers. It was their second loss into the preseason. The Matadors previously lost against the Montclair Cavaliers with a score of 31-21.

Only minutes into the game, a player from the Panthers managed to rush towards the goal. The Matadors were unable to catch up to him, leading to the first touchdown made by the opponents.

The rest of the game was a series of missed opportunities for the football team with many passes intercepted and many catches fumbled. The Matadors managed to get one touchdown in the fourth quarter, but by then the Panthers were already leading by a large score margain.

Head coach Kevin Encinas says that their score was a result of plays lacking in execution.

“In that second game, we gave up early on—twenty points very early,” Encinas said. “Then after that, our kids figured it out, but it was too late. It’s just about executing the plays.”

“I just knew I wouldn’t be able to play for a while and that there was a possibility that I was going to be out for the rest of the season,” Mak said, “[This] really hurt me because I worked so hard and now it’s all gone.”

Encinas reveals that this season’s injury count is substantially lower than that of the previous season.

“This year we’ve had two or three bad injuries, but at this point last year there were much more,” Encinas said.

Mak said he is proud of the dedication his teammates are bringing, but distractions and a lack of focus left room for improvement within the team.

“We’re already tight, but I think we need to get a lot tighter,” Mak said. “We always have each other’s backs and we always work hard in everything we do, but there are some distractions that we need to avoid and ignore [so that we can] focus on what we have to do.”

Although the two preseason games against Rosemead resulted in losses, the football team is pushing to train and work harder for better results. Their goal is to win the Almont League and with improvements coming along every practice, they hope to bring home multiple wins for the Matadors.