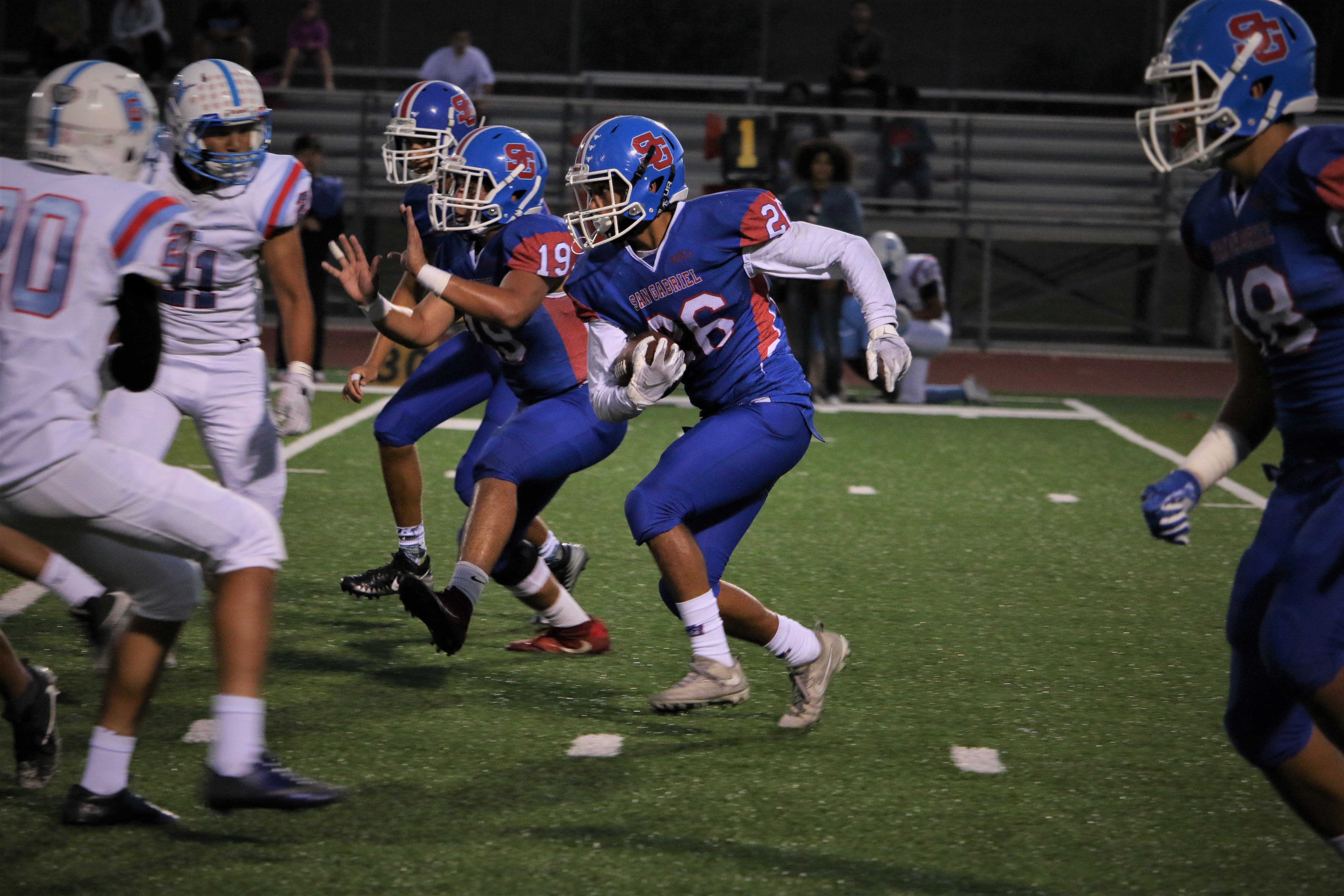 The Matadors went head to head in an exciting slugfest against Ganesha Giants on Sept. 7 with an ultimate score of 28-41. Despite the Giants already in the lead eight minutes into the game, “Go Matadors” chants were still heard from the high-spirited crowd.

“We did play against one of the top running backs in the nation, so I think we did actually pretty good,” senior safety Humberto Rivera said. “He plays really [aggressively], he loves running the ball, [and] he loves to make contact with people.”

There was a positive outlook for the team when senior quarterback Allan Jimenez scored the first touchdown 10 seconds before the end of the quarter. The overall score was 7-13 with Ganesha in the lead.

“I knew the run was coming my way because of the formation,” Gazcon said. “The first move the offense gave was my [queue to tackle].”

Although their efforts succeeded, Ganesha was able to score another touchdown. The Matadors redeemed themselves when they made their second touchdown two minutes into the second quarter. Ganesha, once again, scored a touchdown in six minutes.

The third quarter was the turning point for the Matadors as they were able to drastically improve their gameplay. With six minutes left, the Matadors fought back and scored the first touchdown in the third quarter. With the score of 21-26, senior wide receiver Christopher Gonzalez caught the ball and made the touchdown, placing them in the lead by two points. The score was now 28-26.

“Catching the ball in the third quarter and taking it for a touchdown was a good thing to [do] for our momentum,” Gonzalez said.

The Matadors almost scored a touchdown six minutes into the fourth quarter but Ganesha intercepted the ball.

“I feel like [at] some point of the game, we didn’t communicate as well [as we should have],” senior receiver and cornerback Enrique Mendoza said. “We [had] the lead in the third quarter, [but] we lost it in [the fourth quarter].”

Ganesha’s coach Dante Washington felt that both teams really demonstrated their efforts on the field.

“The guys got out there on both sides and they really fought [for their win]. Luckily, the ball rolled in our favor,” Washington said. “[The Matadors] have a great offensive scheme, and they really know how to execute it.”