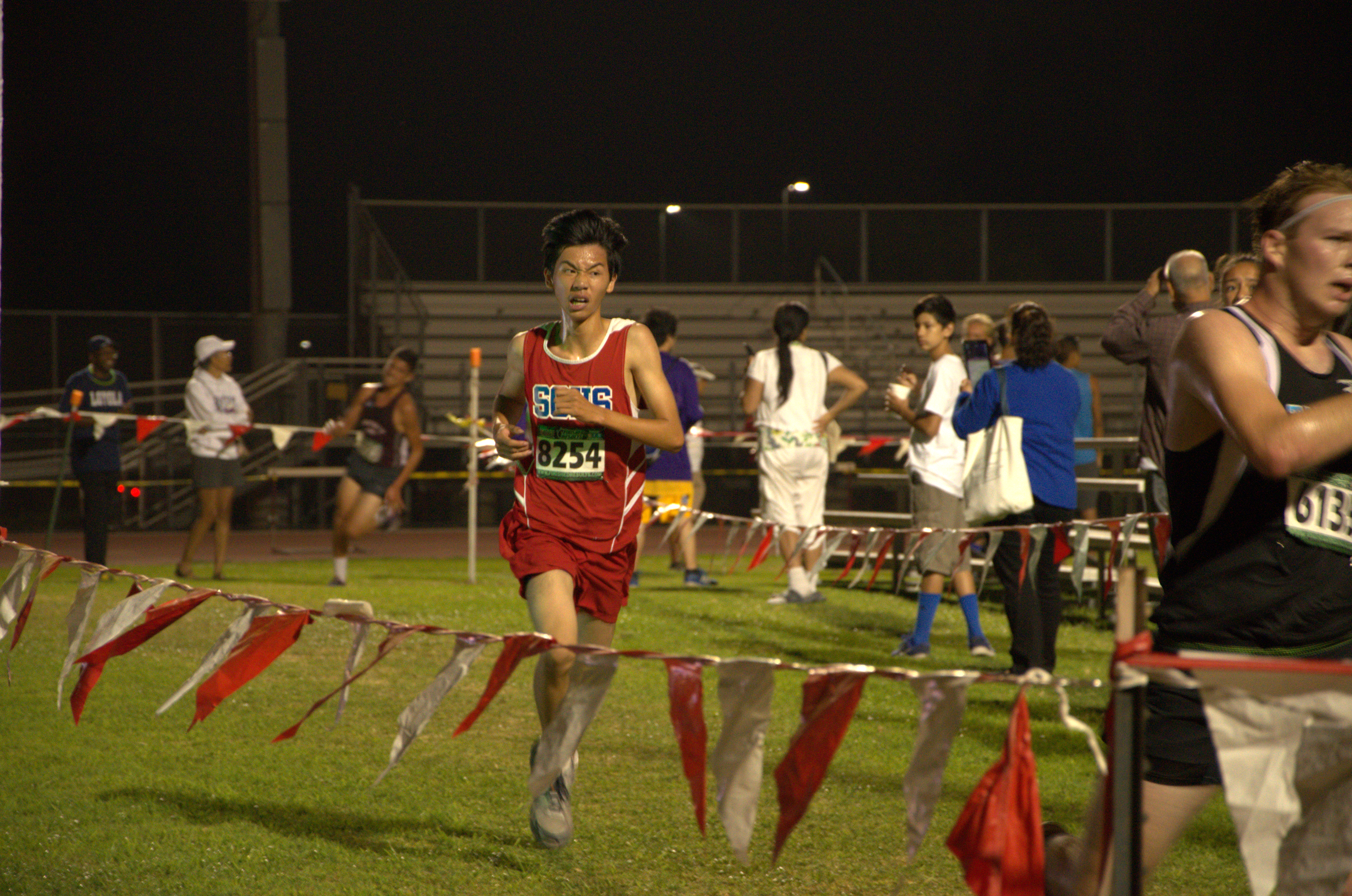 The feelings of exhaustion and aching pain from their first race were both surprising new experiences for new members, and a unpleasant reminder for the old. Nevertheless, the team still continued to have a positive outlook on their upcoming season.

“I feel like the team did well, and we all ran the best we could,” boys’ co captain Kyle Lam said. “Our team has a lot of potential, and everyone has the chance to do well this season, with hard work.”

The team’s race was especially exciting due to the surge of new members, compared to the previous year’s smaller numbers. Many of these new members were eager to participate and finally have their first taste of competition.

“I felt physically exhausted after that race but my mind wanted to keep running,” freshman Jasmine Flores said. “With all of those people cheering you on, why would you want to stop?”

From this group of new members, freshman Jason Phung was a notable standout. Running the course in 19:03, Phung earned himself a top 50 medal by placing 32 out of 184 runners in the freshman boys’ division. Although Phung was satisfied with his overall progress, he still felt like he fell short during the race.

“I felt nervous, I knew that it’d be my first race of many,” Phung said. “[My time] was good, but not good enough. I feel excited [for the season] as it allows for more opportunity to improve.”

Returning members also looked forward to the upcoming season. Despite having to endure the tiresome grind, they remain hopeful that they will improve and break personal records.

“It’s hard for me to tell, because there have been many people that haven’t been consistent in practice,” junior Wendy Zamora said. “But we have many members that are both perseverant and talented, so I’m definitely hoping they surpass their times from last year.”

The cross country team are set to have their first league race at Legg Lake on Sept. 27.