On her first day of school, senior Kamsy Obike was not greeted by regular students. Instead, she found herself in a sea of ghouls, skeletons, and witches in a school of screams and laughter. On her first day of school in the U.S., it was Halloween. Obike’s family immigrated to the U.S. in October 2019, looking to start a new life with family who lived in the country. Life in their home city of Harcourt Port in the state of Rivers, Nigeria, was uncertain, fraught with unexpected power outages and intense pollution.

“Whenever I ask my mother why we left, she always said she was looking for greener pastures,” Obike said. “My parents wanted a better life for me and my siblings. They wanted a place with better education, security, and opportunities.”

Upon arrival, however, Obike was overwhelmed by the staggering differences between her former home and her new one. From the way she envisioned high school in America to the way the education system worked, she found herself stumped by the reality that did not match her expectations.

“The American kids TV shows didn’t help,” Obike said. “I was really excited to attend a school similar to the ones on TV, but it wasn’t like what I saw on TV. When you tell someone in Nigeria

that you are leaving for the U.S., they have this mindset that you are going to a heaven-like place, and everything is easy.”

Yet the American dream was not entirely welcoming to Obike. Culturally stranded in a dizzyingly different world, she also found it difficult to fit in with her own individual differences that seemingly set her apart from others.

“I would feel scared to interact with people that looked different than me because I felt like I would be laughed at because of my accent or the way I looked,” Obike said. “I realized that if I wanted to succeed and also enjoy this new environment I have found myself in, I would have to change the way I see myself and the world around me.”

Beyond the stark contrasts in lifestyle, one thing remains unchanged for Obike: her unwavering responsibility to her family. The eldest among three daughters, she strives and continues to be not only an older sister, but a firm pillar within her family.

“In my sophomore year, while my mum worked double shifts, I became the second parent,” Obike said. “I took on the additional responsibilities of cooking, doing the laundry, and making sure my sisters kept to the schedule my mom had set up for us.”

As the years go by, the closing chapter of high school opens up to Obike, and this time, not everyone seems as scary as they did on her first day at a new school years ago. Head held high with a new perspective of herself and the world around her, Obike has nothing to fear.

“I built up my confidence to face new challenges and embrace diversity,” Obike said. “If I want people to acknowledge me, I have to acknowledge others and start attacking any struggles head on.” 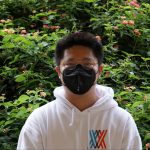