Clubs at school are gradually declining in membership, which is mainly due to COVID. From volunteer to leadership clubs, many clubs are seeing a decline in activity and involvement. Although it is largely the circumstances from the pandemic that account for such a depletion, there are other factors contributing to the loss of members, in most, if not all, clubs.

Club membership and engagement descended once COVID hit and students began  distance learning. With sports and clubs being online and some inactive at times, the decrease in the amount of membership is noticeable. Having fewer members in clubs can damage a club in the long run. In order for the clubs to run smoother, members have to have past knowledge, so they could understand the intricacies of a club.

Moreover, the clubs’ marketing was poor, which led to the downfall of membership. With online learning, the clubs were barely promoted, resulting in a negative aftermath. Where future generations of students became uninformed about the clubs at SG, as well as what their end goals are. Although clubs were promoted at a surface level during Wednesday homeroom videos, it was a poor time to advertise due to lack of engagement.

Students have become transient. Many upperclassmen do not join clubs, fearing it is too late. In addition to no one joining clubs, people have left since the activities done have become redundant. For example, clubs simply have regular meetings and very similar events every year. Nothing new is actually occurring amongst the club, creating a sense of redundancy and boredom between former members and the club.

However, understandably due to COVID, the engagement was difficult to upkeep since clubs transferred online, which made members less inclined to engage in any activities. However, since everything was online, it was a greater chance for clubs to promote since being actively online was, more or less, a common routine.

These reasons have perpetuated the decline in membership for a lot of clubs. Among these, the biggest obstructer was COVID and the spread of the Omicron variant. To help alleviate the effects of these consequences, ASB should publish posts or Instagram reels featuring clubs and talking about them. ASB is a household name among the students, and their Instagram page gets engagement, making the organization the most ideal candidate for reviving clubs. 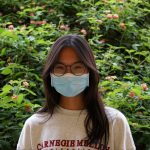