In the aftermath of days of uncertainty and anxiety across the nation, former Vice President Joe Biden has officially become elected President of the United States. Biden is the first candidate to defeat an incumbent president in 28 years. His running mate, Kamala Harris, is the first woman of color and female to become elected as vice-president.

Biden is set to take office on Jan. 20, 2021. Current president Donald Trump and his campaign have been filing lawsuits related to the election against a multitude of states, including Georgia and Michigan, but they were later dismissed. Trump also promised to “ensure election laws are fully upheld, and the rightful winner is seated.” 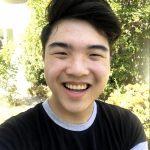