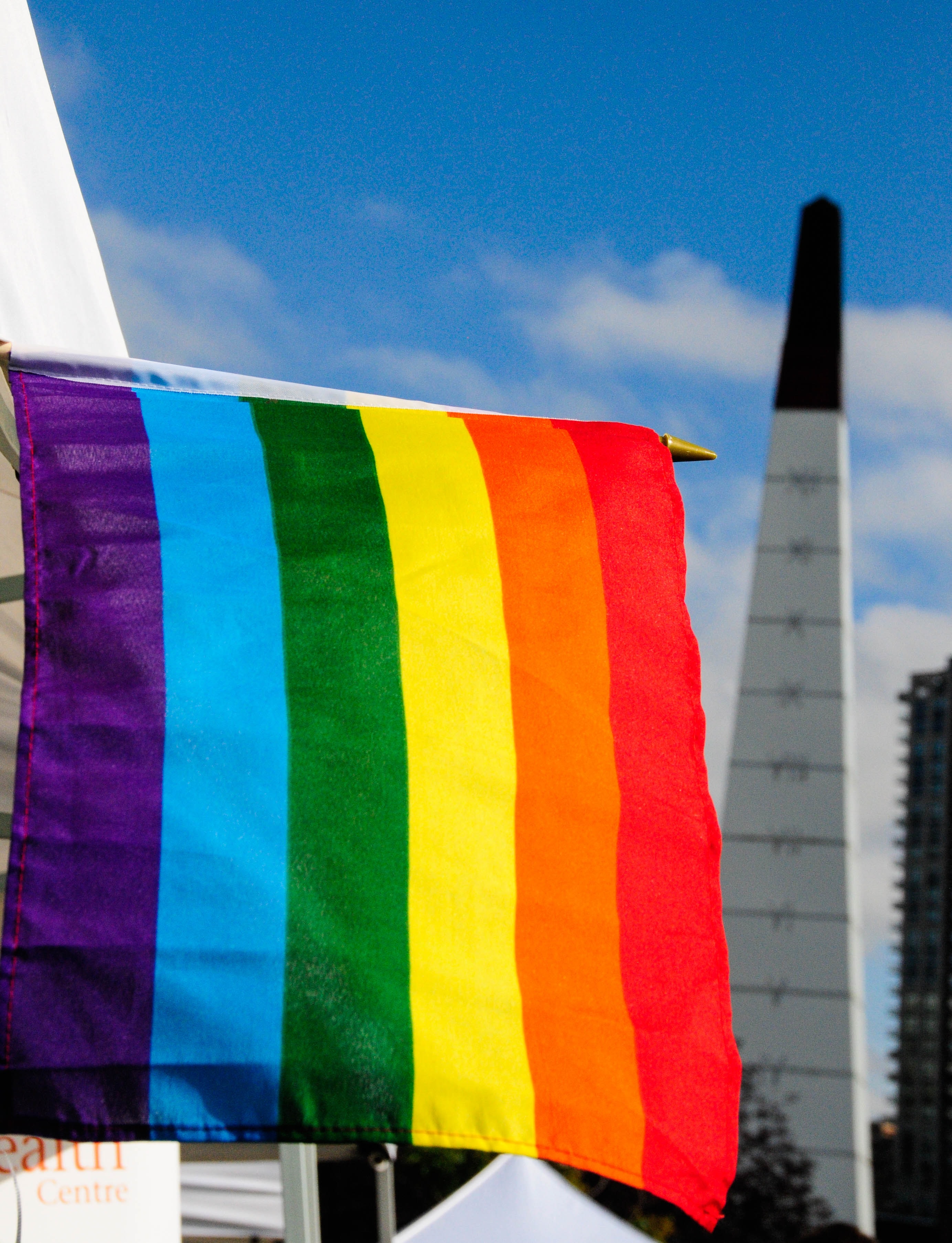 She felt her heart beating faster and hundreds of butterflies fluttering in her stomach. She saw the boy on the same floor of her dorm: he was an amazing actor and just perfect. But the resident assistant also caught her attention. Her beautiful curls and spectacular voice were just as breathtaking. This feeling struck English teacher Catherine Burkhart with confusion and wonder to why she was falling for two different people, both of opposite genders.

During her years at the University of California, Los Angeles (UCLA), Burkhart decided to explore her sexuality. She realized that she was not heterosexual as she learned more about the LGBTQ+ community, and as of now she identifies as queer.

“[Initially] at school I threw that closet door open,” Burkhart said. “I learned about the bravery it takes to come out in the face of that heteronormativity and that even though [it is] a struggle we end up stronger because of it.”

Burkhart’s sister accepted her sexuality, but her parents held traditional views. Burkhart felt a need to be a different person when she was around her parents.

“I didn’t want to divide myself anymore, trying to be two different people,” Burkhart said. “I just told them over lunch. My mom said she thought it was just a phase caused by my exposure to liberal ideas at UCLA. My dad said nothing [to me for months].”

“[It’s] been hard losing them and never being able to have closure with that,” Burkhart said. “I think they both silently accepted me over the years, but never saying that explicitly [led to a] space [that] was left between us. They never really took my sexuality seriously and pretended it wasn’t there.”

She recognizes that her parents needed more knowledge about the topic. She felt as if she should have been there to help them understand.

“I do believe that no matter how long they lived, they would remain firm in their love for me and their inability to accept fully all of who I am,” Burkhart said.

Although she did not educate her parents, she educates her son, Nicolas. She tries her best to surround her son in an open environment, with many LGBTQ+ people around him, such as Nicolas’s godfathers: Spanish teacher Victor Garcia and his partner Conrad Nadeau. She also explains to him how families do not have to be the traditional mom and dad.

“Last month he told me that he wanted me to marry a man so that he could have a dad, [and] we talked about it,” Burkhart said. “[After] about two minutes, he was ready to move on. But he knows that he can tell me or ask me anything.”

Throughout her journey of discovering her sexuality, she advises students who are questioning their own sexuality or struggling to come out to remember that it is perfectly normal to not have all of the answers about oneself.

“I would say to trust yourself and surround yourself with people who love you,” Burkhart said. “Make sure you have a safe place because coming out, especially to [your] family, can be hard.  Life and love is full of complexities. We can live happily inside that complexity.”