Three cups, three balls. As each ball seemingly phases through the bottom cup, locksmith Clifford Pigott found himself amazed at the shopkeeper’s performance as a teenager. Yet the trick itself turned out to be simple; a fourth ball created the illusion of a ball moving between cups.

“I was really kind of disappointed because [I was] thinking, ‘Oh, that’s really simple,’” Pigott said about the key to a common trick. “I would do it for people and then I would show them how it worked. They would be as disappointed as I was, so I had to learn not to show the secret.”

Pigott’s beginnings with what became one of his favorite tricks, cups and balls, propelled him to take his interest more seriously. As a teenager, he went to the Magic Wand shop in Pasadena to meet with other passionate kids.

“Every month, the owner would open up the store in the evening,” Pigott said. “The kids would come and they would get to perform for one another and do their latest trick; [it was] like a club.”

After turning 21 years old, he became a member of the Magic Castle, an invite-only club for magicians and magic enthusiasts in Hollywood.

“Being at the Magic Castle and performing for people is always special because there’s the expectation that something magical is going to happen,” Pigott said. “We’re at the Magic Castle. The surroundings are magical, it’s enchanting.”

The magician does close-up illusion magic, mental magic, and stand-up magic. Pigott said that he realized that it did not matter how simple the magic was, although easy to perform, acting and presenting it in a certain way is what makes the tricks even more amazing. Magic not only allowed Pigott to entertain, but also taught him how to talk and perform in front of an audience.

“To me, it gave me strength and the ability to communicate to other people, whether it’d be in a small group or a larger group,” Pigott said. “Magic is a great thing for anybody who is uncomfortable or a little shy.” 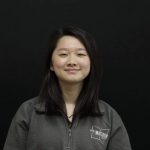