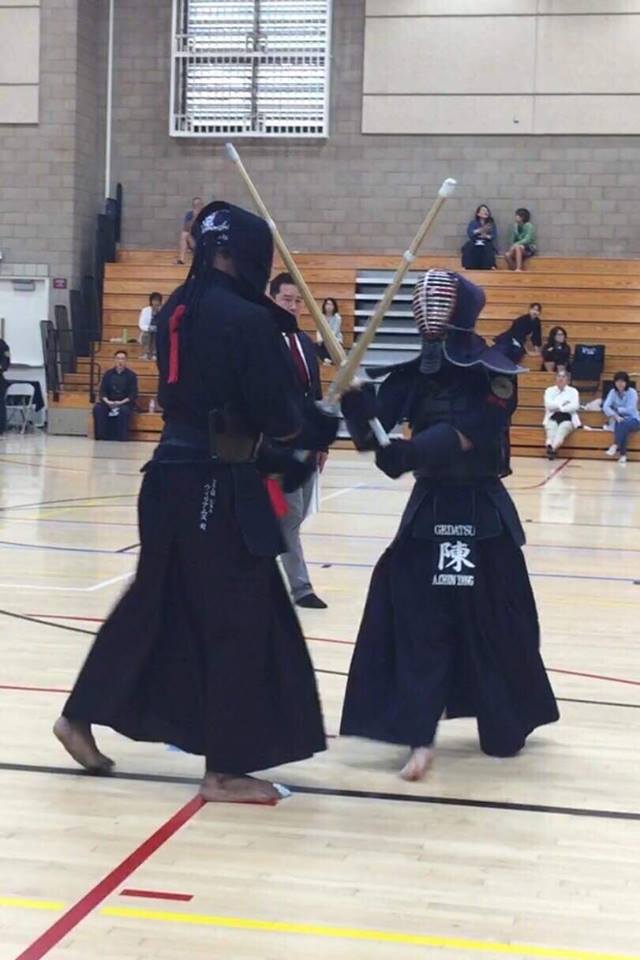 Achieving his freshman year goal, sophomore Ahmik Chen Yang made the USA national team for kendo, a Japanese form of fencing with bamboo swords. He qualified for the team after a day-long tournament and eventually placed second at the 2017 All United States Kendo Federation Championships in San Jose.

Despite the team’s loss by one point, Chen Yang now feels proud of their accomplishment.

“I was really sad at first,” Chen Yang said. “After the tournament, I felt good because in the end, it’s a national tournament, and we were able to represent SCKF (Southern California Kendo Federation) [as] one of the top teams in all of the United States.”

Chen Yang learned kendo starting around fifth grade and faced hardships in the beginning due to his young age and small size. He found himself unsatisfied with his first matches, making him want to quit.

Flash forward several years, now “taller and stronger,” Chen Yang dedicates a good amount of his time to kendo. Ironically, though, he lacks passion and interest in the sport.

“I don’t enjoy [kendo] but I’m good at it,” Chen Yang said. “I didn’t want to continue, but my parents forced me to. Because of that, I had some impressive outcomes—I began winning tournaments instead of losing them.”

Though he may not enjoy kendo, he believes the life lessons and morals to “respect his elders” that come with the sport positively impacted his life. More importantly, he learned to persevere and continue with his talents, inspired by the Japanese culture and essence of the sport.

“Never give up and keep on going,” Chen Yang said. “That is the spirit of kendo.”