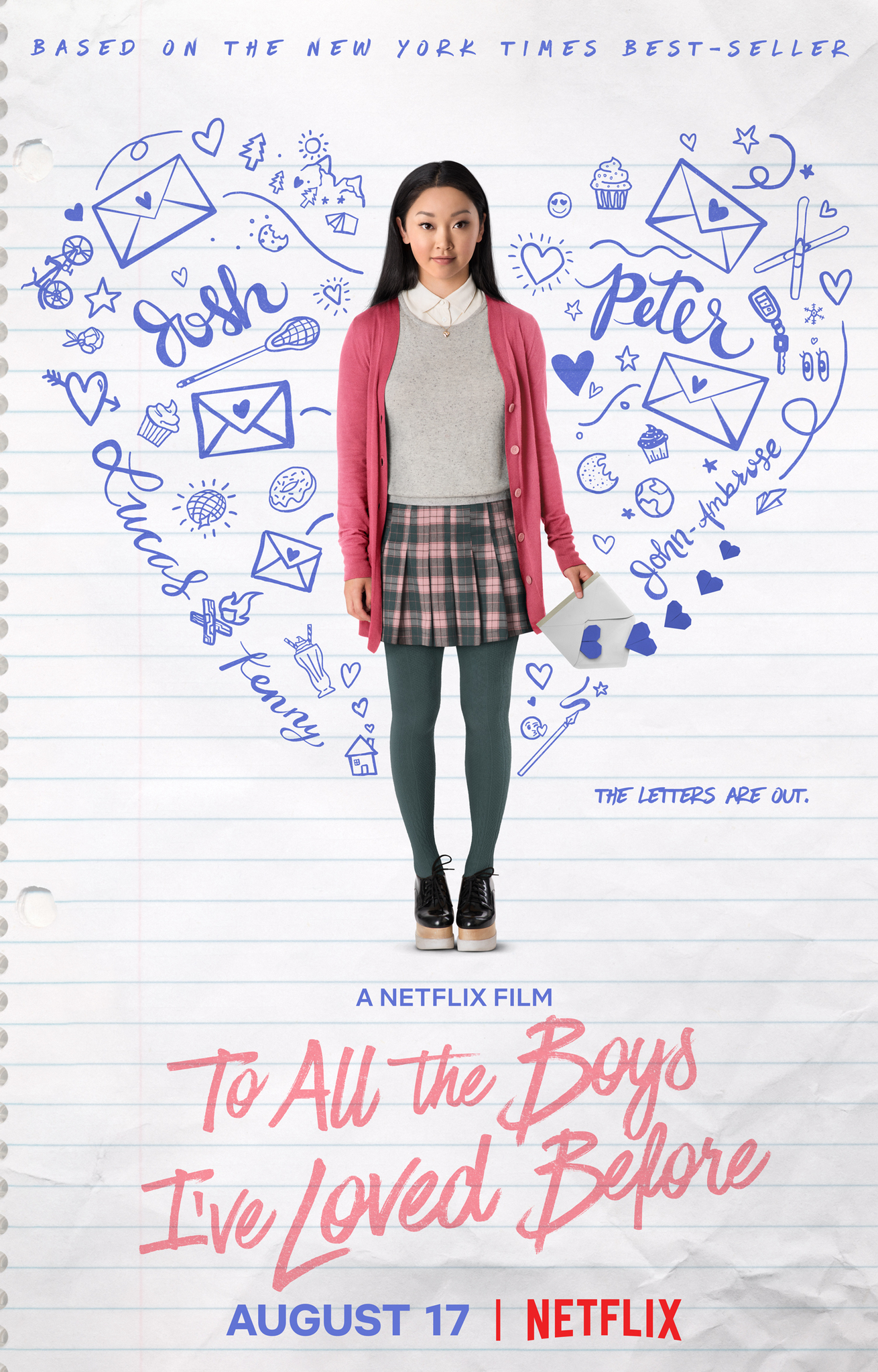 The Netflix original movie To All the Boys I’ve Loved Before, based off ‘The New York Times’ bestselling novel of the same name, was recently released over the summer. Garnering a 95% rating on Rotten Tomatoes, this young adult romance received positive feedback from audiences all around the world.

To All the Boys I’ve Loved Before follows the story of an introverted girl, Lara Jean Covey played by Lana Condor, who writes love letters to her crushes but never sends it to them. Unbeknownst to Lara Jean, her younger sister sends her letters out and faces the embarrassment of confronting her older sister’s boyfriend, Josh (Israel Broussard), who receives his letter and seeks for answers.

In response, Lara Jean teams up with the popular Peter Kavinsky, played by Noah Centineo, who also received a letter from her. They fake a relationship in order to make Peter’s ex-girlfriend jealous and to convince Josh that she no longer has feelings for him.

Jenny Han, author of the book, admits that she wanted her main character, Lara Jean Covey, to remain Asian in the film. In her talk with Build Brunch, she said it was a challenge to cast an Asian actress because producers did not understand why it was necessary.

“You see me [and] you see the book cover, right?” Han said. “Like it’s all Asian, but people didn’t really understand and so that was a deal breaker for me. It took time for me to find the partners who would be on board with that.”

In the 2018 UCLA Hollywood Diversity report, 3.1% of roles in films were Asian compared to the 78.1% roles played by Caucasians.

With the casting of three Asian actresses, To All the Boys I’ve Loved Before contributes to the slowly growing statistic for minorities being represented in film.