For the last time, President Barack Obama delivered his State of the Union address before the public on Jan. 12. Instead of proposing a plan for the next year, Obama focused on promoting a plan for the distant future.

Obama’s State of the Union covered his plan for pursuing equal pay, expanding on social programs, combating climate change, and changing America’s foreign policy. Before his proposition, Obama first spoke about the state of America’s economy, indicating that it has been the most robust in years.

“The United States of America, right now, has the strongest, most durable economy in the world,” Obama said. “We’re in the middle of the longest streak of private-sector job creation in history. More than 14 million new jobs; the strongest two years of job growth since the ’90s; an unemployment rate cut in half.”

Diving into his policy on higher education, Obama promised to continue cutting student debt by reducing tuition cost. Building upon reducing student loan payments to ten percent of their income, Obama hopes to make “college affordable for every American.”

“Now, we’ve actually got to cut the cost of college,” Obama said. “Providing two years of community college at no cost for every responsible student is one of the best ways to do that, and I’m going to keep fighting to get that started this year.”

Social security and Medicare should be strengthened in order to provide a safety net for American citizens, the President said in his address.

“That’s what the Affordable Care Act is all about,” Obama said. “It’s about filling the gaps in employer-based care so that when we lose a job, or go back to school, or start that new business, we’ll still have coverage. Nearly eighteen million have gained coverage so far.”

In regards to the environment, the President said he will promote a transition to “clean energy” away from fossil fuel in order to reduce the effects of climate change.

“Rather than subsidize the past, we should invest in the future — especially in communities that rely on fossil fuels,” Obama said. “That’s why I’m going to push to change the way we manage our oil and coal resources, so that they better reflect the costs they impose on taxpayers and our planet.”

In foreign policy, Obama said that the United States’ priority is fighting against radical groups such as Al Qaeda and the Islamic State and Levant (ISIL). However, he advocates against armed conflict, citing “the lesson of Vietnam, of Iraq.” In the case of ISIL, Obama’s proposition is to “cut off ISIL’s financing, disrupt their plots, stop the flow of terrorist fighters, and stamp out their vicious ideology.”

“Our foreign policy must be focused on the threat from ISIL and al Qaeda, but it can’t stop there,” Obama said. “For even without ISIL, instability will continue for decades in many parts of the world — in the Middle East, in Afghanistan and Pakistan, in parts of Central America, Africa and Asia. Some of these places may become safe havens for new terrorist networks; others will fall victim to ethnic conflict, or famine, feeding the next wave of refugees .”

To conclude his State of the Union, Obama urged the American population to take political initiative and to vote even if they have different ideologies.

“Clear-eyed. Big-hearted. Optimistic that unarmed truth and unconditional love will have the final word,” Obama said. “That’s what makes me so hopeful about our future. Because of you. I believe in you. That’s why I stand here confident that the State of our Union is strong.” 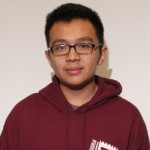