At the end of a strenuous escape from El Salvador to the U.S., Spanish teacher Sonia Schecter peered up through the tinted van windows, hidden beneath blankets and bedding. The night sky was awash with bright, booming fireworks, marking her entrance into a new life fraught with struggles and success.

Beginning in 1979, a destructive civil war in El Salvador broke out between the government and the Farabundo Martí National Liberation Front. Stepping outside and being caught in the middle of a battle was a well-known risk for Salvadoran citizens. At the age of 20, Schecter and her mother began their escape to the U.S.

“During the war, I missed nature,” Schecter said. “I missed the rivers and the playful, peaceful environment. I missed seeing my friends and the people I grew up with.”

The journey was grueling, with long stretches of land to travel combined with the anxiety and fear. Unsafe environments and conditions like hunger, caused dangers to personal health.

“You walk about 2,500 miles from El Salvador to here, and a lot of it was by train, car, and foot,” Schecter said. “We traveled with a group of people. I was very fortunate to have my mom with me.”

However, crossing the border was not the hardest part, as she faced a whole new world of problems in the U.S. Due to her being an undocumented immigrant, Schecter was forced to pick up odd jobs to provide for her family.

“I just worked very hard jobs, and a lot of people took advantage of me because I didn’t have documents,” Schecter said. “At the end of the week, people said, ‘Okay, we’re not gonna pay you,’ and I said, ‘Well, what? I worked.’ Then they would just say, ‘Well, we’re gonna call immigration if you don’t work.’”

The difficulties of finding well-paying jobs were compounded by the fear of immigration control. Schecter came undocumented with full awareness that she was not welcomed as a result of discrimination due to her accent and her newly-learned English.

“But immigration was hard,” Scheter said. “I would be at a bus stop and fear that immigration would come and take me back to El Salvador.”

Despite the odds, Schecter persevered, obtaining her citizenship at the age of 28. She attended Santiago Canyon College before transferring to California State University, Long Beach for college, receiving her teaching credentials at 42. 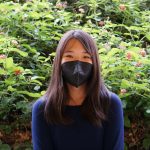