The conflict between Ukraine and Russia has caught the eye of nations around the world, and support for the Ukrainian people has been overwhelming. However, some can not help but to compare this situation with similar events in the Middle East.

Amidst the conflict, the internal biases of many must come to light. The image of refugees fleeing a war-torn country is not a new sight for most, but the response to Ukrainian refugees differs greatly from that to Middle Eastern refugees. When people escaped nations such as Afghanistan, many nations like Turkey and Greece either outright refused them or made the process as difficult as possible. In contrast, the European Union utilized a 2001 directive that simplified the asylum process for Ukrainian refugees. In addition to the response by national governments, newscasters and reporters have also made several statements that reflect a very Western point of view.

“This isn’t a place, with all due respect, like Iraq or Afghanistan, that has seen conflict raging for decades,” Charlie D’Agata, CBS News correspondent, said, “This is a relatively civilized, relatively European city, one where you wouldn’t expect that or hope that it’s going to happen.” Despite being aware of how his words would be construed, D’Agata saw a comparison between the two events as appropriate and stated that he sees Ukraine and Europe as inherently more civilized than the Middle East.

Philippe Corbé of the French station BFM TV referred to Ukrainians as “leaving in cars that look like ours,” as opposed to “Syrians fleeing the bombing of the Syrian regime.” The double standards of these reporters are not an isolated incident and stem from anything but ignorance. Statements such as these have run rampant among public figures, with many more commentators having made similar comments.

These biases are rooted deeply in the Western world’s heavily Christian and white-centered histories. The treatment of Middle Easterners when compared to Ukrainians reflects this history. Rather than ignoring it, acknowledging this past can facilitate the process of altering it. 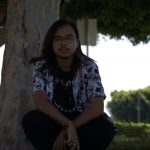