On Feb. 10, a California Court of Appeal ruled that the University of California, Berkeley (UCB) must follow a lower court’s order requiring the university to freeze student enrollment. The Berkeley neighborhoods accused UCB of failing to address the effect of increased student enrollment on housing, homelessness, traffic, and noise.

The lawsuit forces UCB to reduce the enrollment for the fall 2022 undergraduate students by at least about one-third. As a result, around 5,100 freshmen and transfer students who would have been admitted for fall 2022 may not be able to receive such an offer.

“As a student, it was really sad to hear about the lawsuit [because it made] the admission process more competitive than before,” senior Guoxi Wu said. “However, it is understandable that the neighborhood filed a lawsuit against UCB due to their daily life being greatly impacted by the increasing student population and that UCB is possibly violating the laws.”

In response to the situation, UCB prepares to implement new enrollment strategies to minimize students’ concerns as much as possible. Their two strategies are increasing online enrollment and asking incoming students to delay enrollment for spring 2023. However, UCB promises that it will be prioritizing California students for in-person enrollments.

“It’s very relieving to hear that [UCB is] on the students’ side,” senior Sandra Chuong said. “I think online enrollment or delaying isn’t a bad idea at all, and if a student truly wants to be a Cal bear, then they will do whatever it takes even if that means not having a traditional freshman year or taking a gap year.”

On March 14, legislation was passed by the state and signed by Governor Gavin Newsom; this legislation allowed the state’s public colleges and universities to be given 18 months to complete any court-ordered environmental review before forcibly reducing or freezing the campus population. This is a process of reviewing the potential environmental impacts to determine whether it meets local environmental standards. This took effect immediately, allowing UCB to proceed with its original plan to enroll more than 5,000 first-year California students.

“Seeing how fast the legislation was passed, I feel gratified because it shows how the government acknowledges that education is essential to students and future leaders in the growing economy,” senior Silvia Wu said. “Now students are able to obtain the opportunity to be reconsidered by UCB, which is exciting news since all applicants want to be given the chance to attend an excellent school.”

With the legislation passed, applicants to UCB will not be affected by the lawsuit. However, it is unknown how UCB’s housing situation will adjust for the upcoming fall semester. 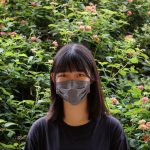