With school returning to an in-person environment, significant changes, like greater technological integration, have been made to how each student receives their education. The school has given a Chromebook to each student and mandated them to bring their devices every day. Instituting such a requirement ensures everyone’s safety and prepares students for life outside the 21st century classroom.

COVID-19 is commonly spread through small droplets, exhaled by an infected person, that can land on objects that can be shared, like papers. As a result, reduced contact is of utmost importance. Having the material online for students to access with their Chromebooks exemplifies that idea. Some teachers do not directly hand out papers to each student. Most of the time, it goes through at least one other student. Using Chromebooks to access digitized material keeps as many things isolated to the student as possible.

It can be said that technology has become a major part of everyday life. It is virtually everywhere everywhere one goes these days. In the last 10-15 years, the number of jobs that require adequate knowledge of technology has dramatically increased, with the opposite being true as well. Embracing the notion that technology lays the foundation for potential success and making it a part of one’s life through greater exposure, especially the digital branch, contributes to students’ preparation for the real world in the 21st century.

While the Chromebook mandate does instill a sense of security in students and teachers, there are those who have expressed concerns about the weight of these devices and how it is burdensome for students to have to carry them throughout the school day. A Chromebook weighs between three to four pounds, and a textbook can weigh between two to six pounds. Also, students typically have a textbook for each course that they take. However, some textbooks can be accessed online either through Google Classroom, where teachers have scanned pages, or through a third-party platform. While the obvious intent of the administration’s Chromebook mandate appears to be safety, there is actually more to it than most realize, like exposing more people to what technology can offer. 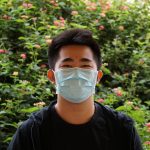