After the release of the polarizing album Jesus is King in 2019, Kanye West, one of my favorite artists of all time, declared that he will no longer be making secular music. It was not easy to let go of the Kanye West that I loved. The egotistical, fearless rapper that broke every norm in existence had become a preacher. Kanye’s 2021 project, Donda, helps him keep his promise while shattering all expectations.

Kanye West is not in the business of making hits. He is in the business of making great music, and that is proven time and time again. Upon the first listen, Donda is not captivating. It is hard to listen to. It is strange, boring, and strays from all guidelines on how to make a radio hit. Donda is made to be revisited. The harsh production on “Jail” or the angelic ambience of “No Child Left Behind” cannot truly be appreciated upon first listen.

Donda does not feature Kanye’s best rapping or production, but somehow, it just clicks. It is personal on a level that is barely explored in today’s landscape of rapping about women, cars, or watches. No other artist has ever made such a tribute to a loved one that also serves as a quality piece of art. Tracks, like “Donda Chant,” or the title track convey Kanye’s ideas and thoughts beautifully, especially looking back at Kanye’s growth as an artist and how he has dealt with the death of his mother. Donda sees Kanye finally coming to terms with her death, signifying the end of a decade-long struggle with mental health that has lived in every track of every Kanye album up until now.

I appreciate that Donda treats the listener as a person. Never once did I feel like I had been given the same song multiple times, which is a common theme with many other artists. Each track is different and is important to the overall album structure. It is good to see an artist treat an album as both a collection of singles anda story, like an author would treat a novel or a director a movie.

Although Kanye West made a monumental production with Donda, the album is not without its faults. One of the biggest may be the creative choice to keep the album clean. It is understandable for a devout Christian to keep his art free of curses, but there are points in the album where Kanye or one of his guests obviously curses. Donda is Kanye’s tribute to his mother. Strong emotions are expected—almost required— to make a project like this. Hearing half a curse word in an emotion-packed verse cheapens the experience and makes a serious topic seem quite juvenile.
Donda is an important entry in Kanye West’s discography and one of the best albums to come out in 2021. It is beautiful, both as an album and as a tribute to his late mother. It is different, and it is undoubtedly Kanye. We need artists like Kanye West to remind us of what quality music is, and he does that once again with Donda. 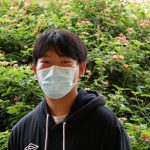