As the COVID-19 pandemic rages on, Asian American and Pacific Islanders (AAPI) are continually blamed for the virus, resulting in an increase of hate crimes towards the AAPI community. While this rise may seem unexpected and new to many, racism against the community has been concealed for far too long.

AAPI are often called the model minority, a seemingly harmless compliment referring to how they were able to achieve the American dream and overcome adversity as law-abiding citizens. However, the same term is frequently used to belittle other minorities. All AAPI groups are associated with this umbrella term, but people ignore how Southeast Asians, especially refugees, are paid a lot less than their East Asian counterparts. These wage differences are disregarded, only highlighting the few successes of the community for the sake of encouraging competition and comparison between minorities. Not only does this encourage hostility between AAPI and other groups, the word “model” heavily implies that AAPI are exemplary and do not struggle, while others are inferior.

Even further back, Americans displayed blatant racism against the Japanese after Pearl Harbor was bombed by Japan during World War II, and locked them in internment camps for years. Japanese Americans were seen as a threat to American democracy and were convenient scapegoats for the bombing, even though they were not involved. During this time, many Americans saw locking the innocent people in internment camps justifiable, highlighting how people have historically ignored the oppression that the AAPI community faces, and even praised it.

The stereotype that APPI are “nasty” and “dirty” because they eat animals such as cats and dogs is also well and alive, being not only blatantly racist but also misguided. Ever since the pandemic, the stereotype has only grown stronger due to the misconception that COVID-19 started after a Chinese man ate a bat. This has been proven to be untrue, but there are still some who continue to believe otherwise. With the stereotype intensifying, it only displays the ignorance that many hold against the APPI community.

In order to properly address AAPI hate, people should donate to and promote organizations aimed to quell racism in the community. Educating oneself will also assist the cause as it will help remove underlining hate. These actions are needed for Americans to finally realize that AAPI are still a marginalized group, not scapegoats for inconveniences. 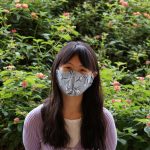