Hearing the sounds of teens chatting behind him, a feeling of nostalgia spread throughout his body. A smile appeared on his face as he walked up the L-building, remembering all the memories he made. He arrived at the math class and introduced himself: “Hi, I’m Mr. Huynh, the new math tutor.”

Math tutor Jimmy Huynh is an alumnus from the school’s class of 2006. During his time at the school, he joined the volleyball team, Senior Class Council, and Chess Club.

“I enjoyed my high school experience,” Huynh said. “One key takeaway from it was to be helpful. I was able to develop a sense of community and tried to help others in need.”

After graduating from high school, Huynh went to the University of California, Irvine (UCI). He majored in economics, but never fully felt satisfied, until he took a few classes on education.

“I didn’t know what career path to go on, so I just majored in economics,” Huynh said. ”During my last couple years of college, I started taking some educational courses and decided that I wouldn’t be happy working with a desk job. I found more joy working with students and I also wanted to spread positivity.”

Huynh continued his education at UCI, receiving his teaching credentials in 2012 and Master’s degree in 2013. He worked a part-time tutoring job, while taking some time to travel. But soon enough, Huynh found himself submitting his resume to the district for a math tutor job opening.

“I taught for two years in downtown L.A., but it was stressful, so I took a break and soon found an opening at SGHS in 2019 as a math tutor,” Huynh said. “When I took the job, I was excited. I was familiar with the school and wanted to see how it had changed. It was like coming back home.”

Huynh hoped to have a full-time job this year, however the pandemic prevented him from getting one. He wishes to start teaching next year either within the district or in Southern California. Until then, he gives students some advice who may feel confused as they graduate from high school.

“Being lost right now is okay because people will take their own paths and eventually find out where they want to go,” Huynh said. “Some people are looking for a purpose whereas others are simply content.” 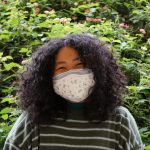