After multiple petitions and four lengthy years, Warner Bros. Pictures and Zack Snyder, the director, finally released Zack Snyder’s Justice League on HBO Max on March 18. Deciding to watch all four hours and two minutes of the film myself, I can ultimately say that I am glad I watched such an acclaimed film. From intense action sequences to relatable character arcs, Zack Snyder’s Justice League is a substantial improvement from its 2017 counterpart.

The overall summary of the narrative is about Batman recruiting metahumans, individuals with superpowers, to defend Earth against The Unity, a culmination of Mother Boxes that ends in the destruction of a planet controlled by Darkseid, the New Gods, and his followers. The plot of the movie is still similar to its predecessor. Yet it is improved in various ways, such as better character personalities and pacing.

One of my major gripes with 2017’s Justice League was that the characters were not relatable, as they were all shallow with barely any characterization in them. This occurred throughout the film, leading to boring character moments. For example, Steppenwolf, one of the main villains in the film, was portrayed with no emotions, depicting him as an insubstantial villain. However, with this film, I can relate to and care for the characters’ actions. Snyder portrayed each character with their own conflicts, agreements, and role in the movie. There was a reason for the characters’ presence in the plot, as they complimented each other throughout the film.

Despite the extensive run-time, Zack Snyder’s Justice League hooks the audience with each minute. Snyder is a great visual cinematographer and narrative writer, and his expertise is reflected through the film, whether it be the slow-motion sequences of the Flash or the final battle. These scenes depict breath-taking scenes with the use of CGI and VFX, such as darker colors and effects that darted past the scene. Scenes like these truly depict the gritty and grim tone of D.C., something that was missing from 2017’s Justice League. 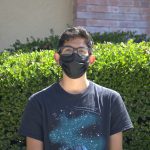