“Phasmophobia” is a 2020 multiplayer psychological horror game that places four paranormal investigators in a dangerous investigation to find signs of ghostly activity. Released on Sept. 18, the popularity of the game has grown rapidly in a short period of time.

After forming a team, a location is chosen to be investigated: a house, school, or an asylum. With a limited budget, purchases can also be made for equipment such as flashlights, spirit boxes, motion sensors, video cameras and more. In each scenario the objective is to determine which ghost or demon is responsible for the haunting, with players returning to the van and leaving after the mission is accomplished. There are 10 different types of ghosts, all with different characteristics, making each investigation unique.

When I was first introduced to “Phasmophobia”, I originally thought that the game was very terrifying because the game featured ghosts. I am not a fan of horror games, but I have seen some entertaining gameplays on YouTube that intrigued me, so I decided to try and play the game with my friends.

My initial experience with the game was confusing, as I could not find my way around the complex game map. Whenever I heard the voices of the ghosts, I was frightened and tried to hide in a closet or locker. The game put intense pressure on me as I heard sounds of heavy breathing, footsteps, creaky stairs, and sinks randomly turning on. I tried to interact with my friends, but I later learned that the ghosts could hear me if I spoke loudly on my microphone. I was really impressed to learn that the game uses the voice chat not only as a communication feature but also as a game feature.

One of the most interesting features is the game’s speech recognition. In addition to the spirits being able to recognize when players speak to each other, they are also able to pay attention to certain keywords. Some tools would ask players to say a specific word while some demons become enraged when they hear their name. It creates an immersive scary experience whenever I actively spoke to the entity, trying to provoke it to see what it could do. It is very risky but it has got to be done.

However, “Phasmophobia” is an early access game, so there were a couple flaws since the game is incomplete. I experienced voice chat issues where my microphone had problems while I was playing the game. This was a major drawback as I was unable to communicate with my team, and it also ruined the feature where my voice should have attracted the ghosts.

“Phasmophobia” has its problems and will need a flurry of updates to keep the players interested. However, even in its current state, it proves to be both a fun and haunting game to play with friends, which I highly recommend. The game supports VR (Virtual Reality) headsets and costs $13.99 on PC. 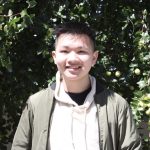