The 2020 presidential election will be unlike any election ever seen. The year has been politically charged by riots, a vacancy on the Supreme Court, and, above all, a pandemic that has derailed everyone’s lives. This all factors into making the 2020 election especially consequential. Because of these circumstances, being informed about the two major presidential candidates takes on a whole new level of importance and gravity.

Joe Biden is the Democratic nominee for the presidential race. He earned a degree in history and political science at the University of Delaware and received a law degree from Syracuse University Law School. Beginning in 1973, Biden served as a representative for Delaware in the Senate for 36 years. Biden has run for president twice, once in 1987 and again in 2007, but dropped out both times. He served as Vice President under President Barack Obama from 2009 to 2017.

Biden’s running mate is California Senator Kamala Harris. The Biden campaign has been angled as a challenge to President Donald Trump. Biden plans to counter the pandemic by making free testing available to all Americans, diverting more manpower into contact tracing, and mandating the use of masks in public. While Trump was criticized for attempting to dismantle the Affordable Care Act, Biden aims to preserve and improve it through lowering medical costs and drug prices and protecting rural hospitals. For foreign policy, Biden assures that he is unafraid to use the military, but diplomacy will be the main tool for America’s global engagement. Biden also ensures that he will end costly “forever wars” such as those in Afghanistan and the Middle East.

Donald Trump is the Republican presidential candidate and the incumbent president. Trump earned a Bachelor of Science in economics at the University of Pennsylvania in 1968. He eventually joined his family’s real estate company, Elizabeth Trump & Son, and entered the entertainment world as an executive producer. Trump previously ran for the presidency in 1999 under the Reform Party.

Trump is running with current Vice President Mike Pence. The Trump campaign’s “America First” platform is focused on decisions in the economy, jobs, immigration, and foreign policy that will benefit Americans. In response to COVID-19, the Trump administration implemented travel restrictions in February that denied entry to those who visited China for 14 days. Although Trump has been unwilling to do so at times, his administration has urged Americans to wear masks. In trying to prevent national panic, Trump has been notorious for, and admits to, deflating statistics and giving the public false assurance of the government’s handle on the pandemic.

In health care, the Tax Cuts and Jobs Act passed under Trump repealed the mandate that forced Americans to buy insurance and imposed taxes on those who were unable to afford it. Trump has approached immigration with the intention of protecting American communities and jobs. He promoted the construction of a wall along the southern border and, under his administration, took down the Deferred Action for Childhood Arrivals program that exempted children brought illegally from deportation.

Both candidates have promised visions for the future of the United States. Being well-informed about the candidates and the present issues affirms one’s stance on their visions. Voting is a mouthpiece that amplifies one person’s voice throughout the nation, and makes clear which vision the people want their country to follow.

Joe Biden, the Democratic Party’s presidential nominee, chose Kamala Harris to be his running mate. As an alumna of Howard University and UC Hastings College of Law, Harris garnered a degree in economics and political science. She served as a district attorney for over 10 years and a California Senator since 2017. Harris has experience serving on the Homeland Security and Governmental Affairs Committee, the Committee on the Budget, the Select Committee on Intelligence, and the Committee on the Judiciary.

Harris was a predictable pick for vice president, despite previously running against Biden for president. Both Biden and Harris want to ban assault weapons and implement universal background checks, support the Equality Act to protect the LGBQT+ community from discrimantion, and abortion. While Biden’s and Harris’s views overlap, they do not completely align. An issue that they do not fully agree on is climate change. Harris is an avid supporter of the Green New Deal, a legislation set to tackle environmental issues and help remedy social inequities. Biden does not support the Green New Deal; instead, he uses it as a framework for his own plan.

Running for a second term, President Donald J. Trump chose Mike Pence as his vice president. Pence attended Hanover College and earned a Bachelors of Arts in history. In 1983, he enrolled in the Indiana University Mckinney School of Law and earned his doctorate. After running twice previously, Pence was elected as the governor of Indiana from 2013-17.

Back in 2016, Trump chose Pence to be his vice president because of his strong ties to Congressional leaders and support from conservatives. Trump and Pence hold similar positions on a number of issues. Both men are against regulations on carbon emissions and are doubtful about climate change. They are also in favor of big tax cuts and worked to lower them on corporate income and business property. Other key issues that they agree on includes banning abortion, a strong national defense with more military, condeming undocumented immigrants, and gun rights. 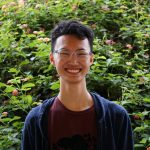