After months of anticipation, the newly animated film Phineas and Ferb: Candace Against the Universe braves through the galactic universe to the eyes of avid viewers.

Following another creation built by stepbrothers Phineas Flynn (voiced by Vincent Martella) and Ferb Fletcher (Thomas Brodie-Sangster), their sister Candace Flynn (Ashley Tisdale) fails at busting her brothers yet again. As Candace grieves over the fact that she may never get the chance to show their mother the absurd yet genius constructions that her brothers made, she finds herself stuck in a space pod that is set to launch to the planet Feebla-Oot, which is set in the Vroblok Cluster of the Milky Way galaxy. Phineas, Ferb, and their gang of friends accompany one another on a new mission: bringing Candace back to Earth.

Seeing the Phineas and Ferb gang in action once again gave me a sense of nostalgia. Rather than diving into this film cold, reminiscing about the original show felt like a must. Some notable classic moments that were worth noting were Phineas and Ferb being as calm as ever whenever Candace pledges to bust them, Jeremy working at Mr. Slushy Dawg, and the one-sided quarrels between Dr. Doofenshmirtz and Perry the Platypus. Seeing the characters made me feel like a little kid again.

Besides all that, this movie will open some hearts up for Candace as viewers of the television show might have not had the best feelings toward the misjudged character. Here, Candace realizes that her self-worth was dependent on getting her brothers in trouble. Along with that lightbulb moment, Phineas and Ferb also made an effort to realize that their sister might not have had the greatest summer after all. Watching this was endearing because the siblings learned that summer would not have been fun without each other’s involvement.

Even though the movie had me on my toes and laughing profusely, it was a bit questionable as the plot was somewhat identical to an old episode titled “Unfair Science Fair Redux.” The story follows Candace being upset over her friends for not returning any of her calls. Feeling neglected, she wishes to go somewhere far away. Conveniently enough, she stumbles upon a portal to Mars, and is given the title “Queen of Mars.” In the musical number featured in the episode Candace sings, “it only took a magic portal to Mars to give me some self-worth.” In both the film and episode, Candace gets transported to a foreign planet and learns the same old lesson. The writers behind the film could have drawn out a more original storyline rather than reusing old episodes.

Regarding music production, Phineas and Ferb: Candace against the Universe could have released better soundtracks. There is usually that one hard-hitting, upbeat song in an episode that catches the ears of the viewers. However, I did not have that specific moment of euphoria. The abrupt musical tunes were no match for hits such as “Gitchee Gitchee Goo” or “Summer Belongs to You.”

Still, I would definitely recommend this almost two-hour-long picture to all those who enjoy light-hearted satire and a look back into their childhood. If this film could be described into words, an “emotional canoe ride” would make the most sense. Filled with humor and subtle life lessons, Phineas and Ferb: Candace Against the Universe ultimately turned into “Us Against the Universe.” 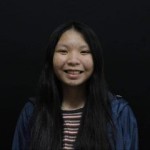