The schedule only allowed teachers just enough time to explain grading policies and show a few previous lessons. The time constraint prevented teachers from giving parents valuable information about their students, such as performance and areas of improvement. Because of the rushed scheduling, parents were given minimal information before being forced to move on to the next class.

On top of the time constraint, there were hardly any parents in attendance, further making the event ineffective According to English teacher Scott Myers, out of classes with 30 students, only about three of his students’ parents from each class were able to attend the Zoom meetings. Parent participation is crucial to a successful Back to School Night, and this year there was less than ever.  In previous years, parents and teachers were able to have one-on-one time, which helped facilitate strong relationships between teachers and parents. By meeting in an online group, those meaningful conversations about individual students were impossible to have.

Although hosting a virtual Back to School night was the only option, it could have been executed in a much more efficient and meaningful way. For example, if a Google Document or Google Form was made for parents to submit their questions prior to the event, teachers would be able to answer their questions during the meeting verbally or privately in the chat if it is a specific question about their child. By not utilizing these extra tools to encourage individualized discussion, the whole purpose of Back to School Night was lost.

Back to School Night was the first school event of the year involving parent and teacher interaction, and it was a failed attempt. There were more effective courses of action that could have been taken when dealing with how to inform parents about classes. 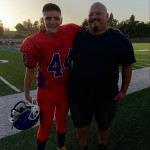