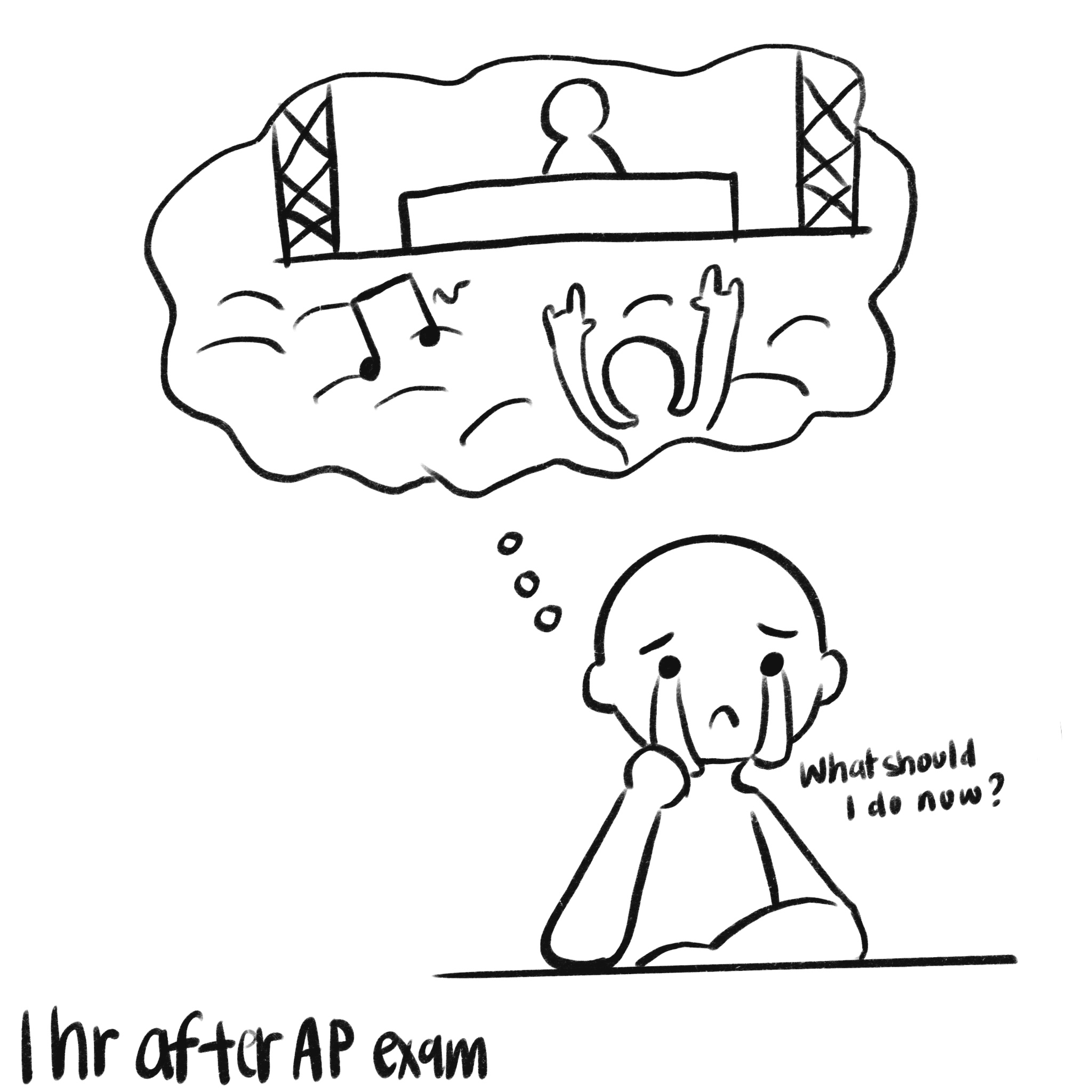 Events catered to seniors are meant to unite them to commemorate their final year of high school. Such events include senior breakfast, senior sunrise, and the most well-known event among seniors, Grad Bash at Universal Studios.

Many students see Grad Bash, which is set to be on May 15, as a conflict to seniors who have AP Computer Science in the morning or AP Statistics in the afternoon exams on the same day. Seniors who are hesitant about attending the event due to the inconvenient scheduling for Grad Bash should go, if initially interested, nonetheless. After all, not much can be accomplished with the limited dates that are offered to in-state high schools. Universal Studios gives first priority to out-of-state high schools when selecting a date, which as a result, blocked out many options for this year’s Grad Bash.

As a result of the unideal scheduling, a misconception formed among seniors: some believe that this schedule conflict would prevent students taking the AP exams from getting their money’s worth at Grad Bash because they would have to arrive later than others after taking their exams.

In actuality, the way this year’s Grad Bash will be organized differs from last year’s. This year, all seniors attending Grad Bash will arrive to Universal Studios by bus after 5 p.m., which means that transportation will not be an issue for the students. Furthermore, the event does not officially start until after 7 p.m., when the park is closed for high school students to have exclusive access. Because the park is open to a limited amount of people, students will be able to roam free and experience most, if not all, of the rides without the hassle of waiting in long lines. Arriving early does not necessarily allow students to gain maximum experience of Grad Bash, especially when the park is opened to the public.

Others may argue that students would not favor having AP exams on the same day as Grad Bash because it would cause students to be in a more stressed mindset, preventing them from wanting to go. However, Grad Bash could help students relieve stress, which means that they should not let tests stop them from going.

Overall, students need not fret about the event being on the same day as the AP exams. All seniors interested in participating in Grad Bash will arrive at the same time together with no one left behind, meaning the schedule, which may have been seen as a “conflict,” is not necessarily one. Regardless, Grad Bash marks a celebratory moment of senior year, and seniors no longer have to worry about the time conflicts as there are none.