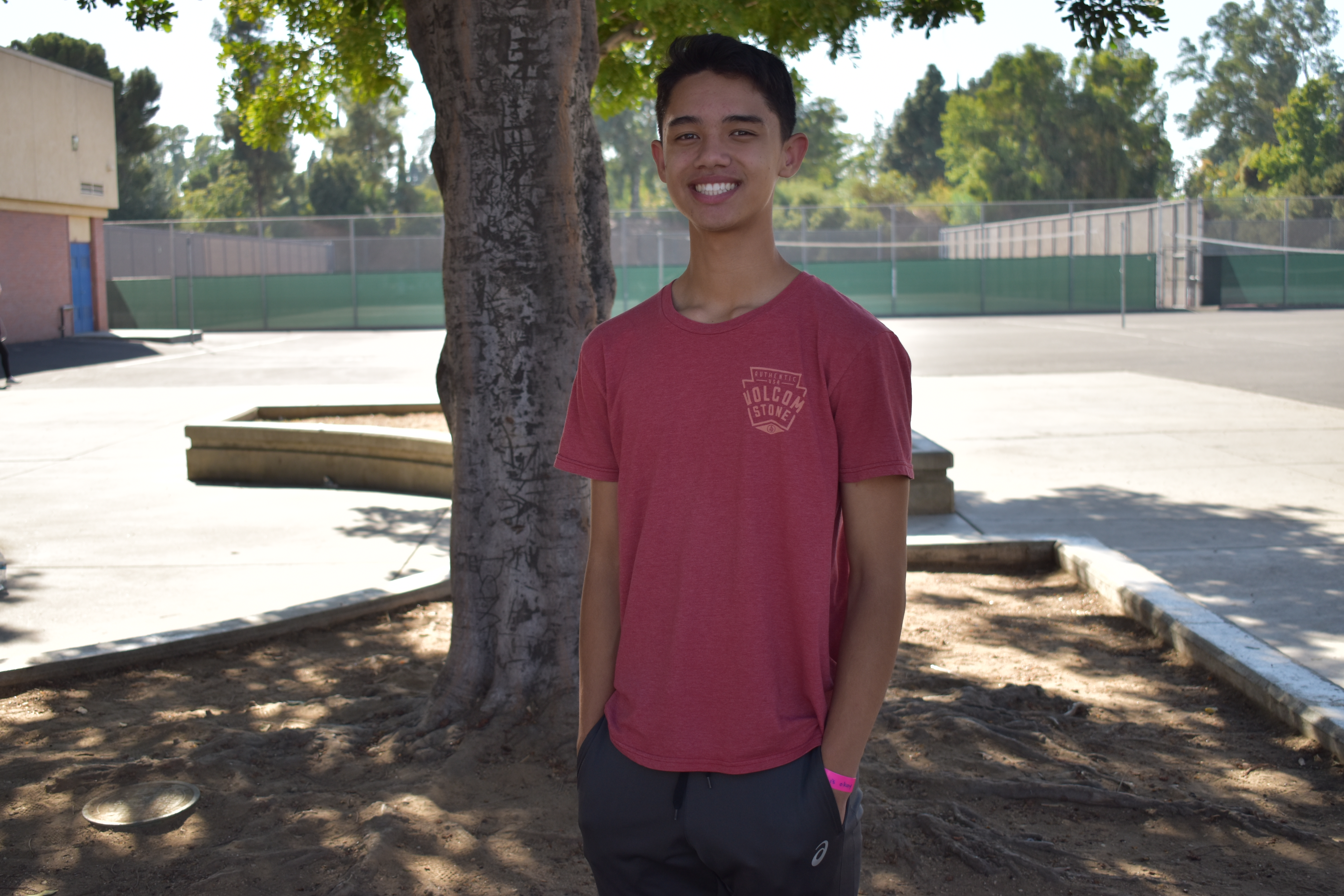 With his eyes hardening as they followed the falling ball, sophomore volleyball player Brandon Phan burst into action, diving towards the ball in a last-ditch attempt during a practice game. The ball soared in the air, but he hit the ground hard, a sharp pain flaring in his right shoulder momentarily. Something was wrong.

A shoulder dislocation is when the upper arm bone, known as the humerus, comes out of the shoulder blade socket. The pain that Phan felt, along with the limited range of arm motion are synonymous with much of the signs of this injury.

“It feels like a vice is slowly clamping down a specific part of your shoulder and the pain just runs down your entire arm and you’re not able to lift it.” Phan said. “It’s almost like a magnet is being pulled away from another magnet when the shoulder dislocates.”

Phan plays for San Gabriel’s volleyball team as a middle hitter and was a junior varsity player freshman year. After a year of hardwork and blood-pumping games, he earned his position in school varsity and recently made the Huntington Beach Club team, where he attends practices and tournaments.

“I’m playing club so I feel like this is the year that my skills and fundamentals skyrocket to a new level,” Phan said. “The only thing I’m struggling with is time management because the club is in Huntington Beach.”

Phan was ready to hit the courts after a three week recovery period. Treating the injury was no hassle for him as it was similar to the go-to treatment for sprains.

“Everyday I iced the shoulder and stretched it out to make sure that I can prevent future injury,” Phan said. “Once you dislocate a shoulder, it is very easy to dislocate it again.”

Although there is a higher risk for a recurrent dislocation for Phan, he pays it no mind as he prepares himself for volleyball season. With lofty goals on the horizon, he sets his ambitions on the endgame of many sports– the California Interscholastic Federation-Southern Section.

“I have plans for the San Gabriel boys team to win the Almont League and hopefully go to CIF this year,” Phan said. “It’s been a hot topic with us all so varsity’s practicing and pushing themselves to be ready to win our way to CIF.”