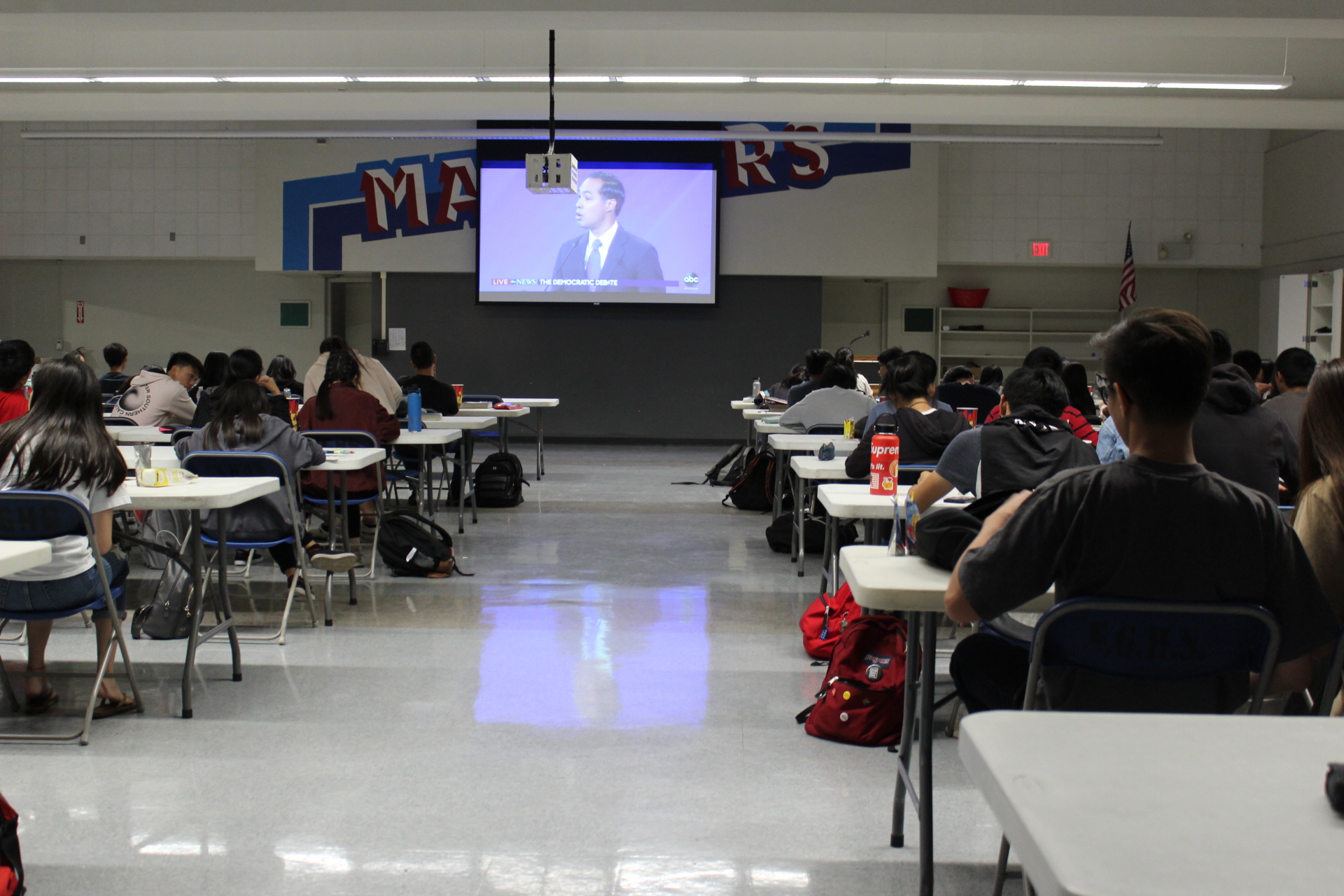 In an effort to encourage more student political involvement, the social studies department hosted the first Democratic Debate Watch Party on Sept. 12 in the Multipurpose Room.

What had initially begun as a classroom idea proposed by the students of social studies teacher Nicole Manalang quickly grew into a school-wide event with more than a hundred students in attendance.

“[The turnout] warmed our hearts,” social studies teacher Laura Galiazzo said. “We knew our kids were politically savvy. I think they feel like this is an important time for them to be involved.”

Through the watch party, the teachers encourage the students to think for themselves and find their own political voice.

“I’ve been telling every single one of my classes I teach, ‘This isn’t my president. This is your president,’”  Manalang said. “‘This is the man or woman who’s going to decide if you’re going to war, if the economy is going to be good when you’re out of high school and college.’”

For senior Angel Villegas, who intends to vote in the primary election, watching the debate was important to him. A child of immigrants, Villegas related to the debate in many ways.

“I knew the work my parents did and had to do to give me the life I have,” Villegas said. “If [my parents] do that and [could] get so much accomplished here in America, imagine what all these other people could do.”

Galiazzo said that she wants students to participate in politics, whether it’s in local elections or in their hometown, and campaign for someone they support.

“This is going to affect them in the future,” Galiazzo said. “Every four years, we’re going to go through this. Their vote is going to matter and their voice is going to count.”