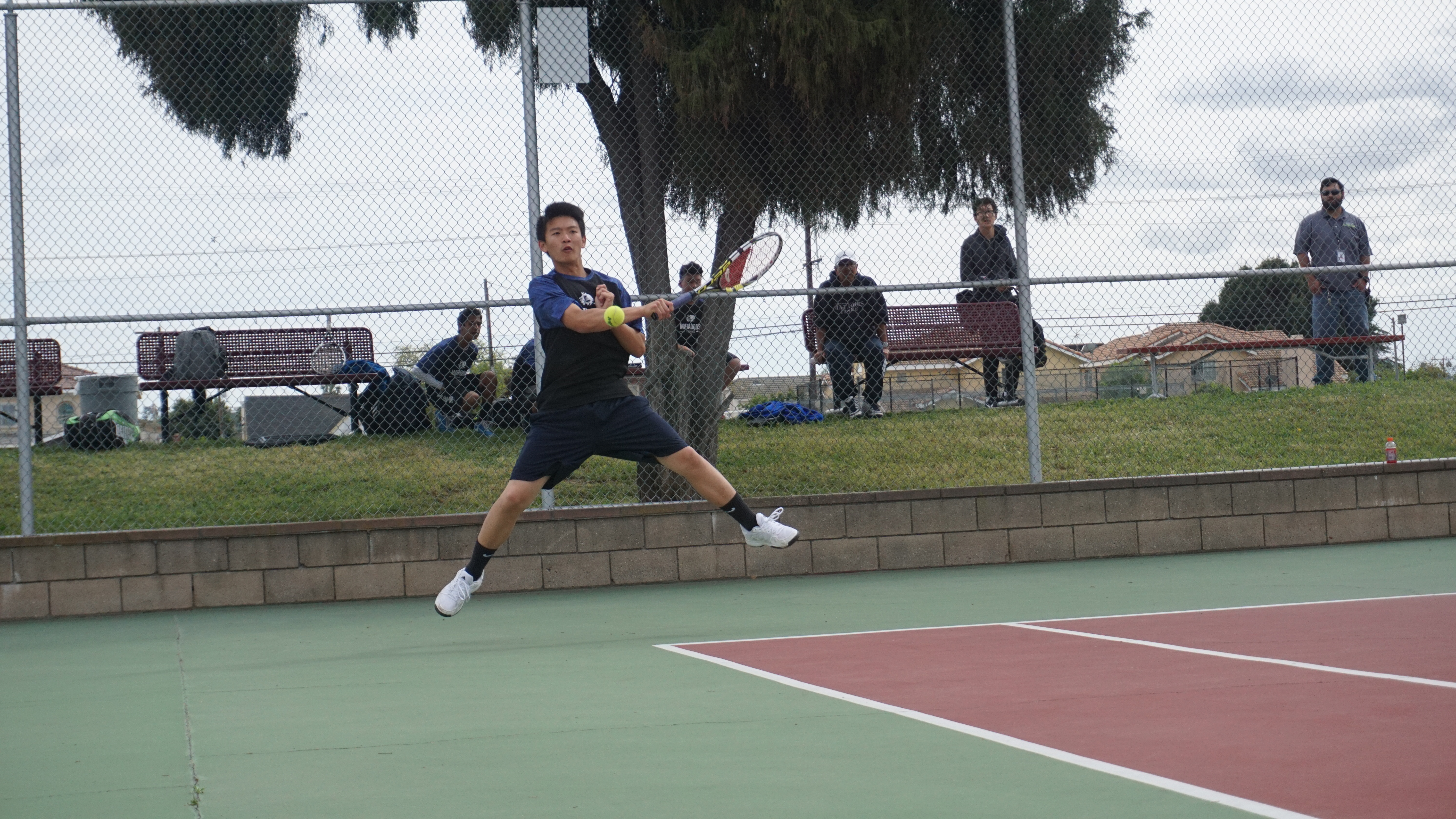 Winning match after match and CIF just around the corner, boys varsity tennis’ rhythm came to a sudden halt when Mark Keppel defeated them (13-5) on Aztec courts April 4, putting the Matadors and Aztecs on par in an intense battle for first in the Almont League.

“I think we were too overconfident,” freshman Jaxon Huynh said. “I felt a little bit off that day. Everyone was so good, [but that day], we just fell apart.”

However, senior Michael Chen and his doubles partner, junior Kenny Luo, were doing well, winning two out of three of their sets. A dynamic duo, their specialities complemented each other and allowed them to score points against unsuspecting Aztecs consistently throughout the match.

“Having Michael as my partner really benefits me as a tennis player,” Luo said. “He has the ability to keep tennis balls in play from the back while I am able to volley against our opponents in the front. We both play aggressively.”

All eyes were especially on the duo’s third set against a formidable Aztec pair. The two teams rallied back and forth in a total of 12 games, the last and longest match of the set. Results were unclear throughout as the score pivoted from a draw to pulling ahead to tying in a game of cat-and-mouse. It came down to the Matadors leading 5-4. Chen and Luo needed just one more game to win the match, but were unable to pull through towards the end, losing 5-7.

“We had a lot of pressure on us,” Chen said. “[The Aztecs] got the last game which took the match to a longer point. We weren’t doing what [we] were supposed to and shots were not going in. At the beginning, I had a feeling that we had a chance, but that feeling just went away.”

Despite the Matadors’ loss, the boys won their matches (7-1), guaranteeing them a spot in first. The Matadors tying with the Aztecs will be determined by how well Mark Keppel does in their next two matches.