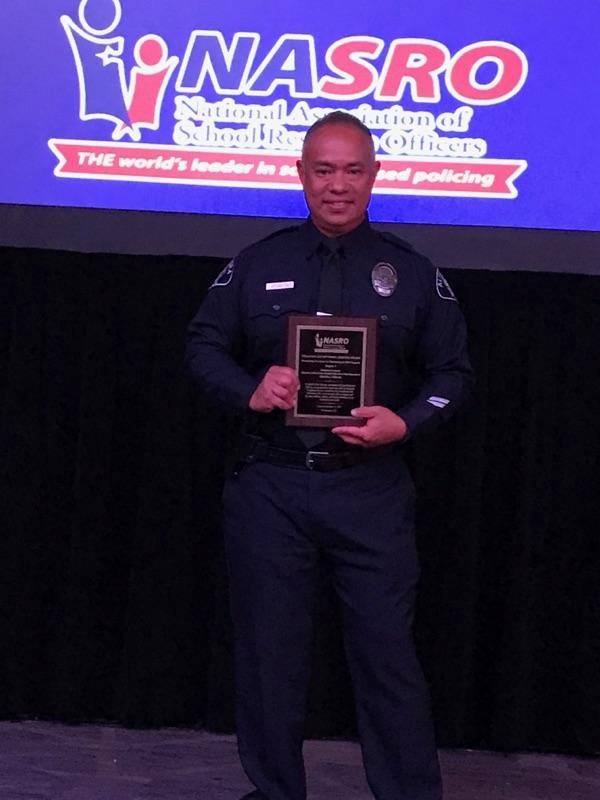 Veteran officer of the Alhambra Police Department (APD) as well as school resource officer for the district, Emmanuel Araneta, passed away on April 1. Reason or time of his death is kept unknown.

Araneta was a proactive officer according to staff, giving aid to plenty of student programs. On top of veteran status at the APD, he was also a veteran to SGHS, working at the high school for a decade.

When news of Araneta’s death surfaced, staff members and students alike were devastated. Reactions of the deceased officer by students were filled with grief and worry for his family.

The closet link to Araneta was within the inner staff, specifically the student welfare department along with the campus supervisors. Andrew Contreras, campus supervisor at SGHS, shared his experience with Araneta.

“I had the pleasure of working with Emmanual for around eight years, and it was a positive experience,” Contreras said. “He always helped when we needed his assistance with matters on campus. He enjoyed working with young people because of his family.”

Amy Wu, Assistant Principal of student and employee welfare, said Araneta contributed much to the community, aid and support involved.

“I got to work really close with him last year as Assistant Principal of student welfare, and he was very compassionate and he was caring for the students,” Wu said. “He would always stay after when he needed to, even when his day was done and his shift was done he would come in if needed because he worked beyond his job description.”

In 2017, he was awarded for a Regional Exceptional Service Award, by the National Association of School Resource Officers.

Before endeavors with the Alhambra Unified School District, Araneta was also part of the military before an honorable discharge five years in. He was also a park ranger and worked as a school officer in Compton.

“He cares about students and staff so much that he works over and beyond,” Wu said. “Araneta was dedicated to his work, and strong emotions around the staff show this.”

Araneta is survived by his wife and three children.