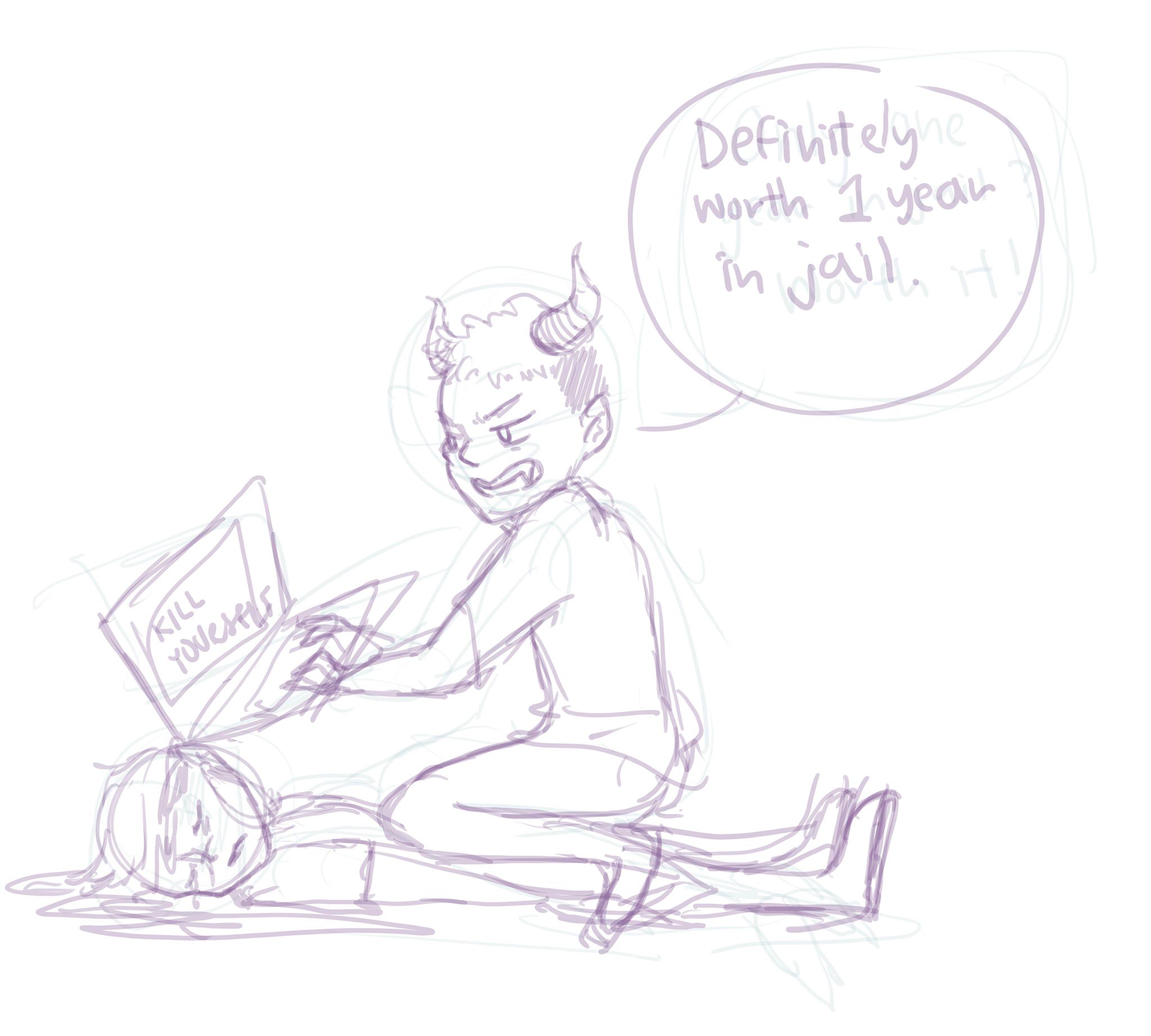 Cyberbullying is a form of online harassment, typically on social media sites. Schools should realize that it takes a lot for students to open up about cyberbullying and when barely given a second thought, students feel helpless.

School administrators failed students when they took no action to combat the recent slew of Instagram accounts “exposing” their peers. Although the accounts were deleted, these were the actions of the users, rather than a result of administrators’ actions. Administrators were too quick to assume that the problem was solved when the accounts disappeared for a short while and did not further investigate the situation. In the case that the administrators were deeply concerned with the accounts, they would ask police to track the IP of those Instagram accounts. Just because an account is deleted from Instagram, does not mean that the IP and information is permanently deleted from their logs and databases, in which police are able to contact Instagram about. And for this, administrators are essentially neglecting the impacted students as there were only police officers on campus for a short period of time on the day following the accounts being deleted.

Cyberbullying is often overlooked although it is a form of harassment that many young teens and adults face. Cyberbullying may lead to people committing suicide and having lower self-esteem. Although state laws have become stricter on cyberbullying, they need a more defined law code for specific types of harassment as they are extremely vague.

Whether it is online or on campus, when students are bullied, they are likely to be hurt. Depending on the severity and occasion, this may cause them to develop depression and anxiety. During this time, students may feel lost and reject help, and their families and close ones may have unanswered questions for them such as their well-being and mental health.

However, even when cyberbullying takes the lives of victims, such as Mallory Grossman, who has been bullied by her classmates and committed suicide as a result, it does not guarantee that the bully will automatically be charged. For instance, in Grossman’s case, no charges were pressed against the perpetrator, causing Grossman’s parents to sue the school district. These cases do lead to cyberbullying becoming monitored more often, but bullies still either go unpunished or face minor charges. California’s state law charges misdemeanor – the act of using an electronic device to cause fear in someone’s life – through a year one sentence in jail or a $1000 fine. For causing one’s death or a permanent scar in their life, these charges are marginal in their lifespan and does not deter the bullies from acting again.

When choosing to use a social media that is not set to private, one chooses to expose themselves to many risks such as unwanted publicity, but encountering bullying online is something that no innocent person should have to go through. Many take their own lives as a result of cyberbullying, and the charges that follow do not compensate for one’s life.