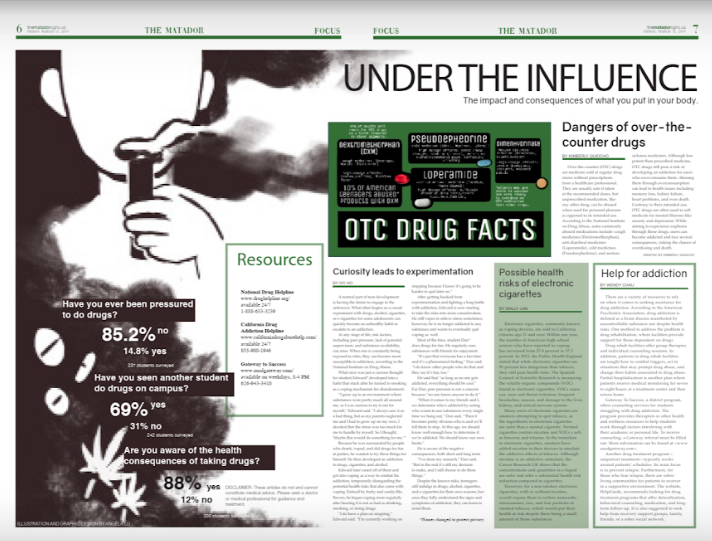 There are a variety of resources to rely on when it comes to seeking assistance for drug addiction. According to the American Psychiatric Association, drug addiction is defined as a brain disease manifested by uncontrollable substance use despite health risks. One method to address the problem is drug rehabilitation, where facilities provide support for those dependent on drugs.

Drug rehab facilities offer group therapies and individual counseling sessions. In addition, patients in drug rehab facilities are taught how to combat triggers, act in situations that may prompt drug abuse, and change their habits associated to drug abuse. Partial hospitalization is another plan where patients receive medical monitoring for 7 to 8 hours at a treatment center and then return home.

Gateway To Success, a district program, offers clinical services for students struggling with drug addiction. The program provides therapists or other health and wellness resources to help students work through factors interfering with their academic or personal life. To receive counseling, a Gateway referral must be filled out. More information can be found at www.ausdgateway.com.

Another drug treatment program–outpatient treatment–typically works around patients’ schedules. Its main focus is to prevent relapse. Furthermore, for those who fear relapse, there are sober-living communities for patients to recover in a supportive environment. The website, HelpGuide, recommends looking for drug treatment programs that offer detoxification, behavioral counseling, medication, and long-term follow-up. It is also suggested to seek help from recovery support groups, family, friends, or a sober social network.

Dangers of over the counter (OTC) drugs

Over-the-counter (OTC) drugs are medicine sold at regular drug stores without prescriptions from a healthcare professional. They are usually safe if taken at the recommended doses, but unprescribed medication, like any other drug, can be abused when used for personal pleasure as opposed to its intended use. According to the National Institute of Drug Abuse, some commonly abused medications include: cough medicines (Dextromethorphan), anti-diarrheal medicines (Loperamide), cold medicines (Pseudoephedrine), and motion sickness medicines. Although less potent than prescribed medicine, OTC drugs still pose a risk of developing an addiction for users that over-consume them. Abusing them through over-consumption can lead to health issues including memory loss, kidney failure, heart problems, and even death. Contrary to their intended use, OTC drugs are often used to self-medicate for mental illnesses like anxiety and depression. While aiming to experience euphoria through these drugs, users can become addicted and face several consequences, risking the chance of overdosing and even death. 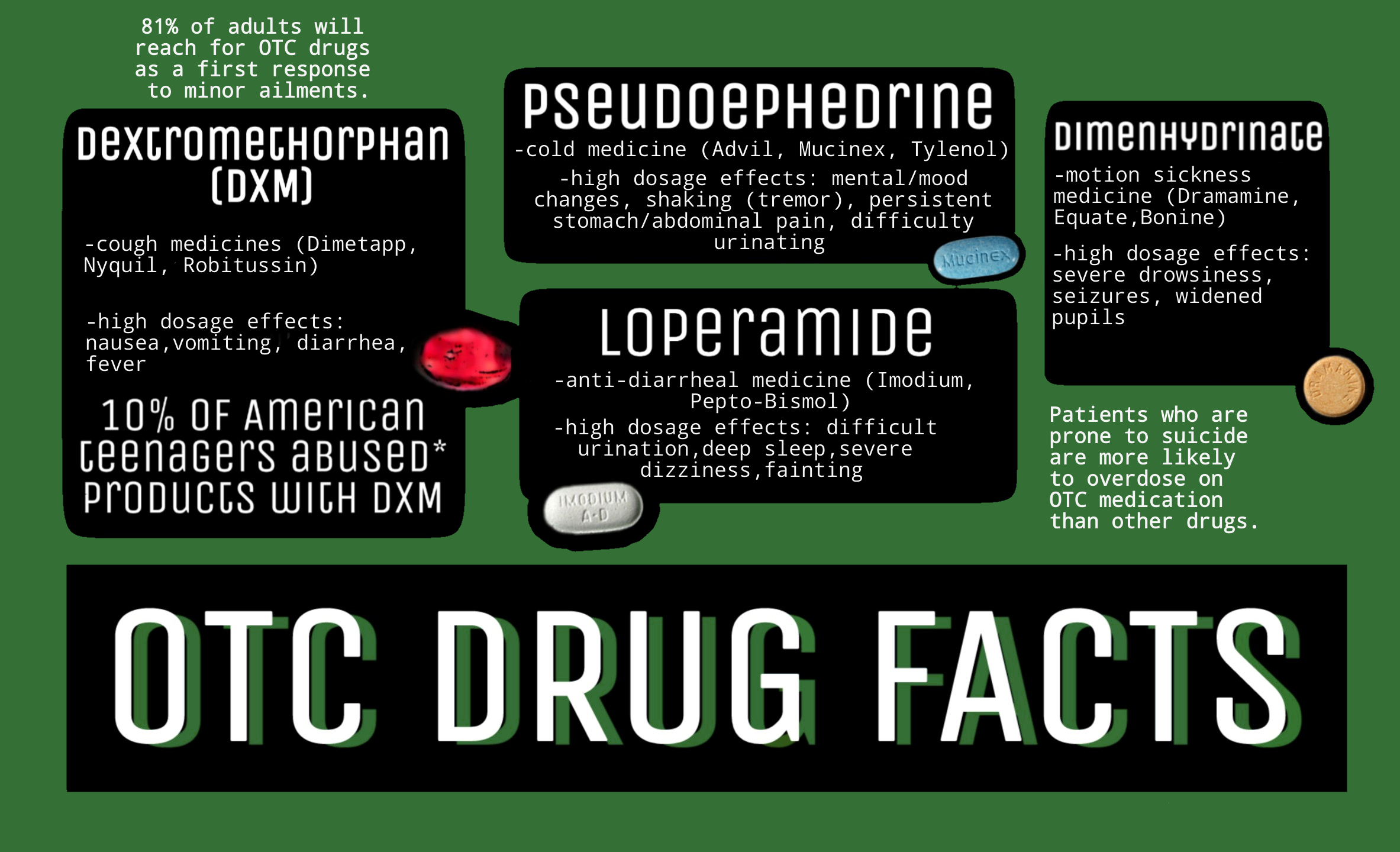 Electronic cigarettes, commonly known as vaping devices, are sold to California citizens age 21 and over. Within one year, the number of American high school seniors who have reported to vaping has increased from 27.8 percent to 37.3 percent. In 2015, the Public Health England stated that while electronic cigarettes are 95 percent less dangerous than tobacco, they still pose health risks. The Spanish Council of Scientific Research is measuring the volatile organic compounds (VOC) found in electronic cigarettes. VOCs cause eye, nose and throat irritation, frequent headaches, nausea, and damage to the liver, kidney, and central nervous system.

However, for a non-smoker, electronic cigarettes, with or without nicotine, would expose them to carbon monoxide, nitrosamines, tars, and fine particles of smoked tobacco, which would put their health at risk despite there being a small amount of those substances.

One thought on “Under the Influence”