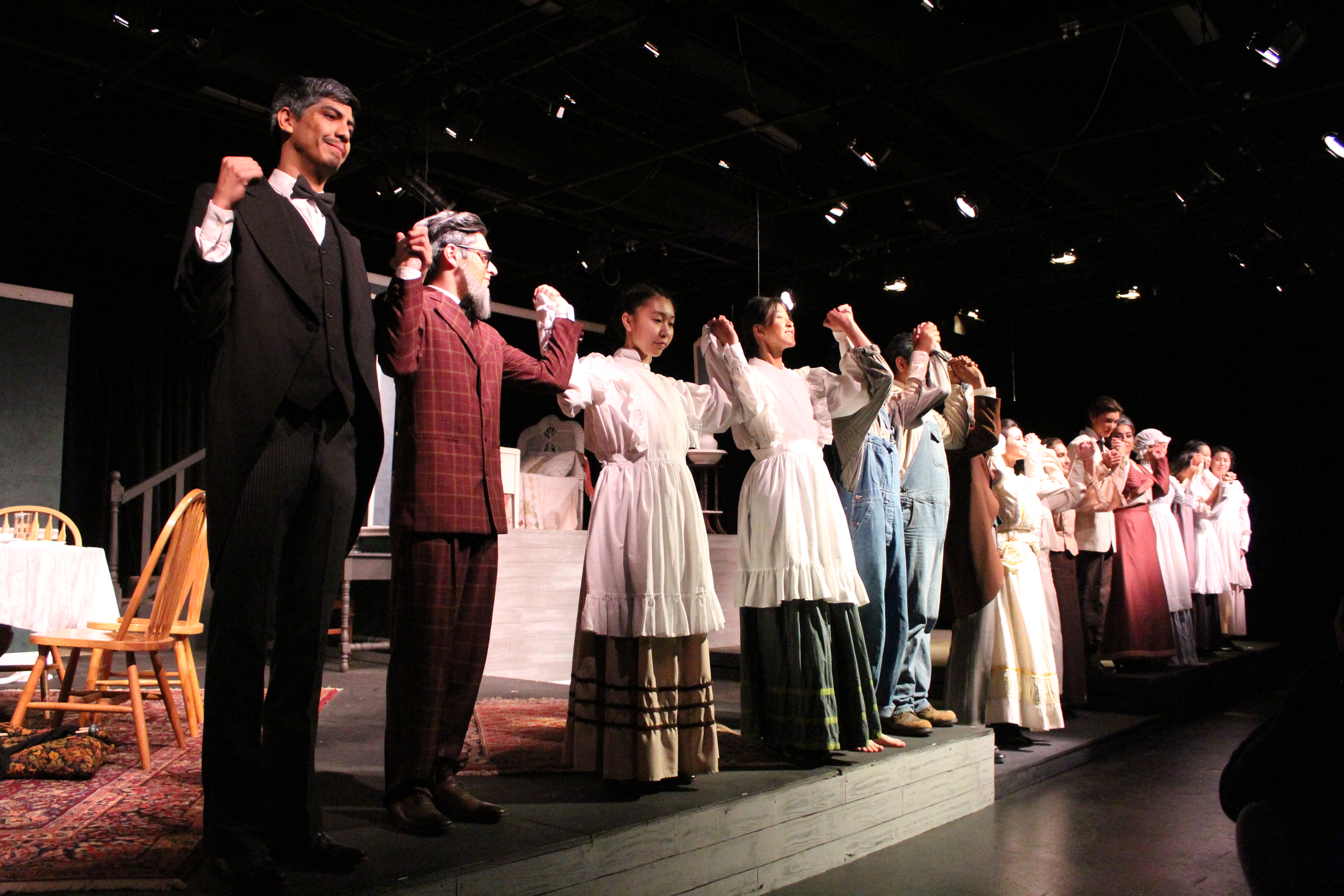 In light of drama adviser Patrick Posada’s retirement and the subsequent cancellation of this year’s spring play, Drama club will be organizing their own student-run play during the first week of May.

The play will center around high school life, individual scenes focusing on a specific aspect of high school, all connected by an overall story arc. The play’s script will be completely written and directed by seniors Lily Cabrera, Genesis Landeros, Brandon Lien, and Brandon Tran, with assistance from choir teacher Cecilia Revilla and teacher Vincent Gabucan.

“We wanted to go by the phrase ‘write what you know,’ so we wanted to write about high school [problems] that people go through,” Landeros said. “I feel like … everyone can relate to [high school]–even adults [since] they went to high school.”

The play will incorporate experimental features and attempt to steer away from typical high school experiences, according to Tran.

“We want to provide something for the [school] to find interesting and authentic to us, because we want to be different from other high school productions,” Tran said.

The idea for a student-run spring play was brought up by Drama Club co-presidents Lily Cabrera and Genesis Landeros after disappointment regarding this year’s play cancellation. Volunteering to run the play, they spearheaded the production after getting approval from Principal Debbie Stone.

“We wanted to give students the opportunity to get in there and do something instead of ending the year with nothing,” Landeros said.

Landeros and Cabrera, who have acted in all plays during their high school career, were also interested in “stepping back from acting” and using the upcoming play as an opportunity to take a new role in theater.

“We’d like to get involved with the more technical side of [plays], especially since all of high school we’ve been acting and now it’s cool to switch the roles,” Landeros said.

Although Landeros said she would like the play to be successful, her main goal for running the play is to let others focus on the “fun side of theater” and share why her fellow thespians dedicate so much time to theater.

“People just need to see what we do and why we love doing it,” Landeros said. “As long as we make someone happy, I feel like we’ve achieved our goal.”

Cabrera also said she wanted new students to join the play and develop their own passion for theater. She hopes that as new thespians participate in drama, they can continue drama’s legacy at SGHS.

“We don’t want to leave [drama] with just one or two people,” Cabrera said. “We want to gather everyone as much as we can and bring drama alive again.”

Auditions for the play will begin on March 19 and 20 at the Little Theatre and will be open to all students.