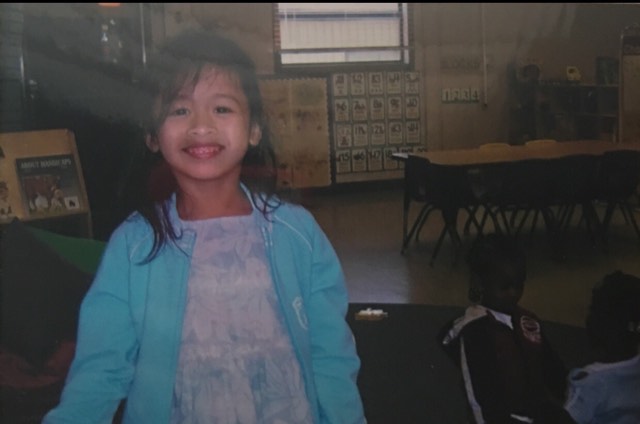 Crowds of adults and children rummage through Walmart, local drugstores, and other supermarkets in a panicked mission to outlast the hurricane. The lights go out and all that is left is the darkness that envelops the streets and homes.

As Hurricane Katrina ravaged Mississippi and nearby states in 2005, senior Katrina Tangcora and her family fled to safety and gathered several resources to survive. They had been preparing for the hurricane for a while, following the warnings from news stations.

“When we went to Walmart, everyone was just like grabbing everything,” Tangcora said. “It was like a zombie apocalypse.”

When Tangcora and her family arrived home, they rushed to light up the house with candles and flashlights. They stayed together throughout the hurricane to ensure everyone’s safety.

“We got the food, we got the emergency kits, and we got all the candles,” Tangcora said. “We got a bunch of flashlights, and what my family did was that instead of sleeping in our rooms, we put beds like [it was a] camp [with] pillows in the living room.”

While safe behind the doors of her home, Tangcora observed the outside environment through a window.

“When you live in Mississippi, you’re surrounded by trees [and] there’s nothing [else],” Tangcora said. “Of course, when I looked outside, it was windy. You could see the trees bashing back and forth. It [seemed] like they [were] going to fall at any moment.”

As a young child, Tangcora’s fear of the dark was only made worse by the stormy winds that limited her aptitude.

“I was holding my [bladder], because the bathroom was so dark,” Tangcora said. “Of course when you’re five years old, you’re so scared to go anywhere into a dark bathroom with candles [in] it. I didn’t go to the bathroom at all.”

After waiting for the hurricane to calm down, Tangcora and her family turned on the television to stay updated.

“When they broadcasted the news, they [said that] Mississippi [was] not going to [get] hit that much,” Tangcora said. “The one that got directly hit [was] the state beside us, Louisiana. They’re the ones who got flooded [and had] to evacuate.”

Once the stormy weather was over, Tangcora resumed her life and moved to California with her family. She now looks back on her experience as a major stepping stone in conquering her fears and taking controls of uncomfortable situations.

“Try not to be afraid of something, because in the end, it’ll hold you back from your max potential,” Tangcora said.