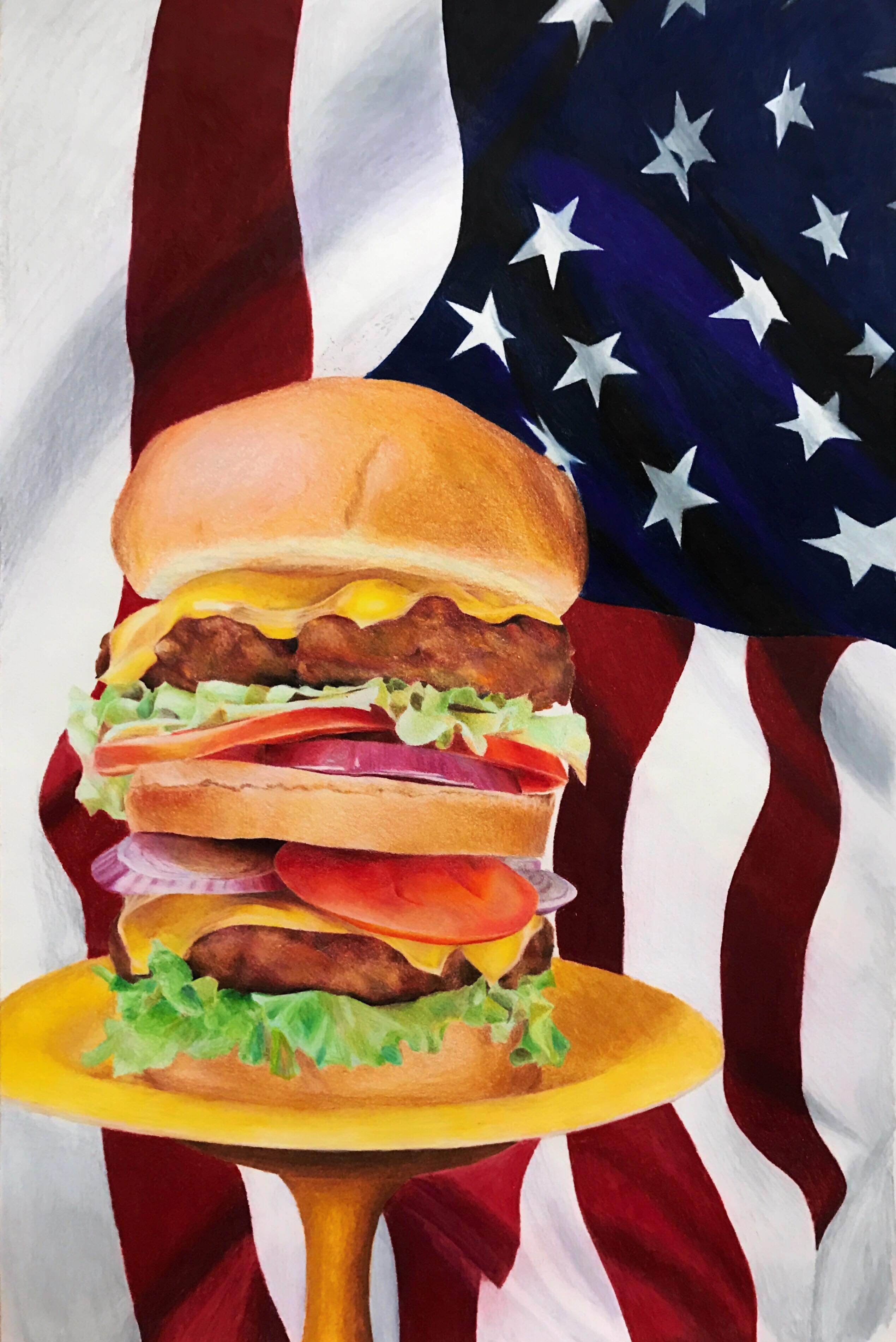 The Winter Art Gallery showcased the artistic talent of various students and crowned the top winners with a reward of art supplies and candy. It was housed in the auditorium corridor on Nov. 29 and 30 during lunch and after school from 3-4 p.m.

Art pieces submitted by students across the school were either taped on the walls in clusters or placed on a table central to the room.

Each individual who visited the gallery had the opportunity to vote for whichever piece they liked the best. The Art Club cabinet estimates that 70 people participated in the voting.

“What happens is we put numbers on each art piece, and when [people] enter, they get three votes,” senior Zina Lam, public relations officer, said. “How they vote is they write [down] the number of the art piece, and we collect [their votes].”

The winners of the contest were junior Jenny Lee for first and second place with her physical art of realistic objects and senior Echo Dieu for third place with her digital artwork of a character from a Japanese animation. Honorable mentions include senior Angela Lu, senior Tim Xu, and freshman Sandra Duong. Multiple artists submitted colorful bottles, such as Xu who painted one with an acrylic sunset.

“[Getting acknowledged] sure did give me more [confidence] about my artwork,” Xu said. “I never thought I would be one of the [artists] that got many votes.”

The top winners were each offered different awards that were chosen by them individually. Lee received postcards with art by Georgia O’Keeffe while Dieu selected a hardcover sketchbook, which were supplied by Art Club, as their prizes. However, Dieu said she obtained a more impactful reward in the end.

“I am still grateful for the opportunity since the gallery [allowed] me to contribute something nice [to] the community,” Dieu said.

The acknowledgment motivated artists like Lee to keep doing art and let their passion be more than a hobby.

“Winning just further reassured me that I can do art and that it can be a possibility for my future,” Lee said.

Aside from students, staff members like Campus Supervisor Andrew Contreras participated in voting at the gallery for the first time. Seeing the different forms of art helped Contreras realize the varied talents that many students in the school possess. After his experience, Contreras considers participating again.

“I actually enjoyed the whole experience altogether,” Contreras said. “I think [the students] should keep [it] up with the good work.”