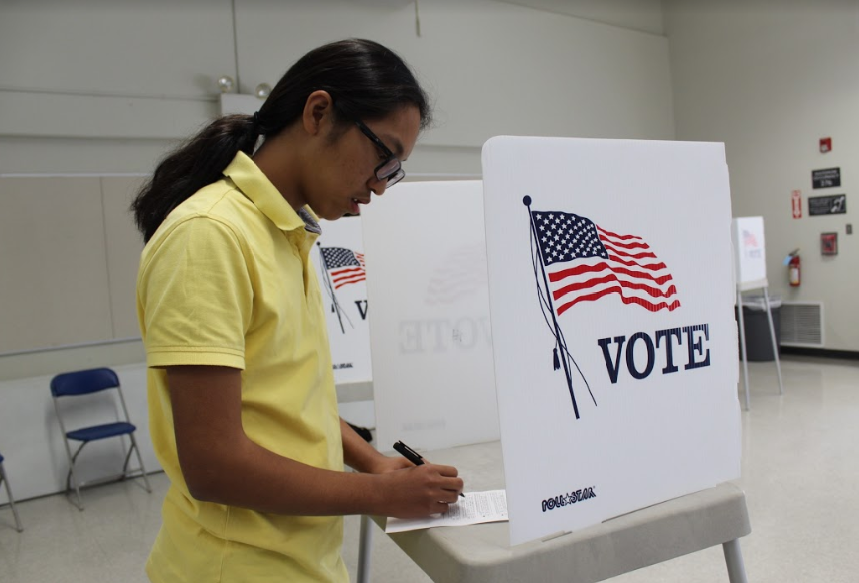 Tired eyes follow sophomore Joseph Pandur as he takes a deep breath and delivers an informative speech about the importance of registering to vote in the Multi-Purpose Room. The sound of muffled coughs and shuffled papers echo throughout while Pandur passes out forms to students.

With determination, Pandur organized and spoke at the voter registration drive at school on Oct. 16, demonstrating his strong belief that more students need to be ready to participate in the United States (U.S) government and do their part. Pandur has been civically engaged by actively keeping up with the news starting from the young age of 12.

“That [was] when I first paid a bit more attention,” Pandur said. “I started reading newspapers a bit more often. I watched news [channels] more often.”

As Pandur grew older, his family encouraged him to stay up to date with the most relevant political news. Pandur said that the push his family provided him helped him form opinions that could be more efficiently supported. As a result, his upbringing has been a major factor in his passion for political involvement.

“My dad always says that it’s important to stay informed,” Pandur said. “And he’s right, because if you don’t know what’s going on, then you have a narrower view of the world.”

He strives to inspire more youths to view voting as a privilege and help them understand the significance of utilizing a free tool that will allow them to shape the government and society.

“I believe that voting is a civic duty,” Pandur said. “Even if you are not old enough to carry out that [obligation], it’s still your [job] to ensure that others carry out their civic duty.”

With his desire to spark change in others for a good cause, Pandur can potentially see himself pursuing a career in politics.

“I’ve given some serious thought [about] getting involved in politics,” Pandur said. “Maybe state government. I want to do some good work for fellow citizens. That is my life goal. I’m just figuring out what I have to do [in order] to achieve such a goal.”

In Pandur’s eyes, there is more to politics than just annual involvement in the voter registration drive. As a citizen, the affairs of the U.S. government affect every single person and every component of the nation. Pandur believes that understanding its complexities and taking initiative are just the first few steps in citizen involvement in government.

“If you discover the rest of the world, you’ll be so happy that you found it,” Pandur said.