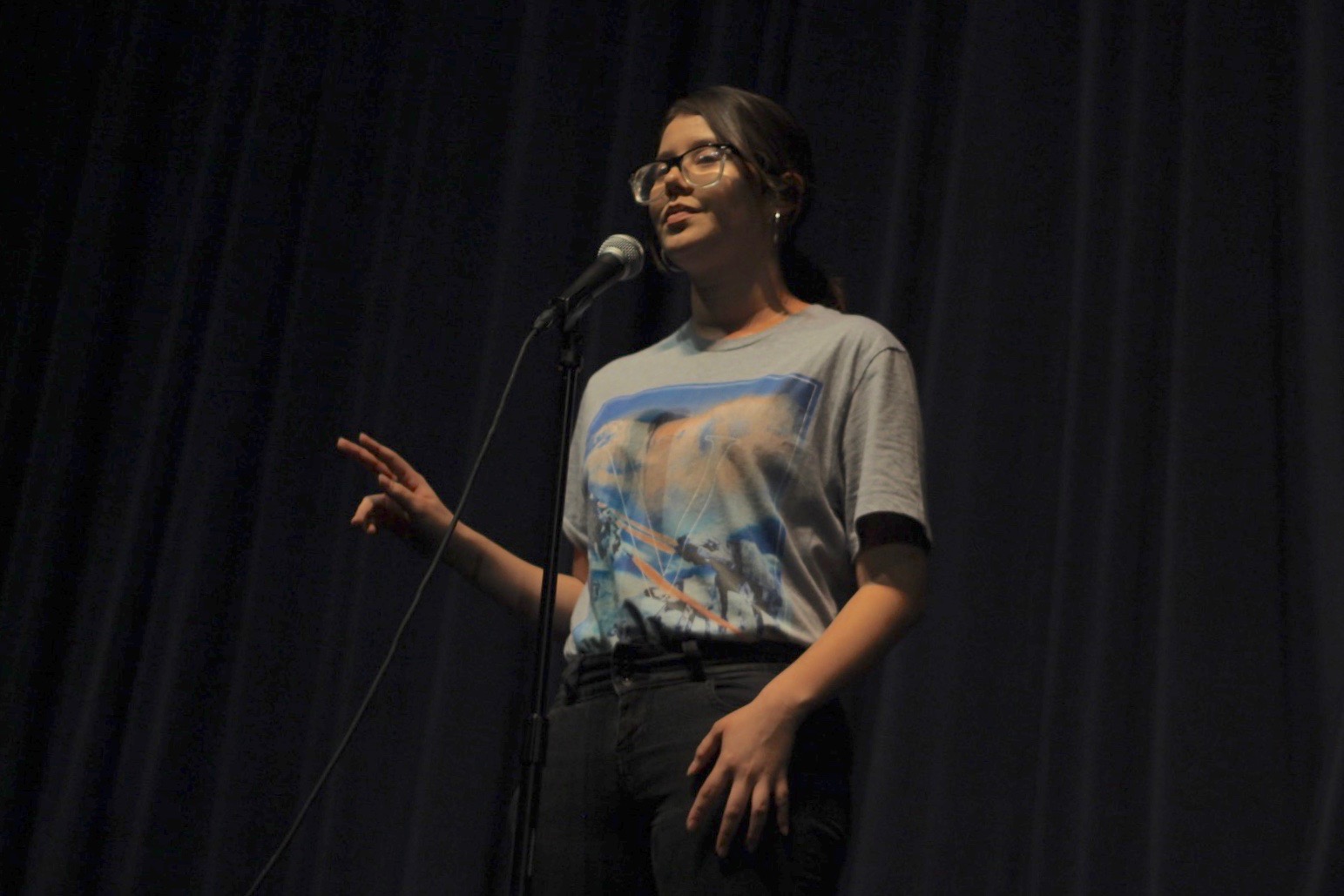 Senior Donna Hernandez took first place at the ninth annual Poetry Out Loud (POL) district finals on Oct. 25 at the school auditorium. Hernandez advances to the county competition on Feb. 7, 2019.

Representing the school, sophomores Jasmine Flores, Joseph Pandur, Lesly Ramirez, and seniors Cathy Do and Donna Hernandez competed against other poets from Mark Keppel and Alhambra High School at the district competition. The poets who performed were their school’s top five finalists.

Hernandez performed “Fairy-tale Logic” by A.E. Stallings, which is a poem that rekindled her love of fiction and fantasy.

“It reminded me of how I was in freshman year,” Hernandez said. “I was really into fiction and fantasy, [but] no one really wanted to talk about the extraneous subjects. For the past three years, I’ve been working to get rid of all the idealistic parts of me, so this poem kind of spoke to the way I was.”

“The poem is easy to understand, because it can be applied to everybody,” Pandur said. “Everybody at some point of their lives is always told, ‘You can’t do this,’ [but they will still try to do it anyways].”

Before performing at the district competition, Pandur described the event as a “diabolical task.”

POL is a national recitation contest in which students choose, memorize, and perform a poem in front of an audience and a panel of judges. English teacher and POL judge Jordan Vogel believes that finding the right poem is the key to understanding and memorizing the poem more efficiently.

“My biggest advice is to find a poem that you really relate to or understand,” Vogel said. “I think that makes it a much more powerful and better experience.”

Senior Cathy Do can attest to this advice as she chose to perform “Beautiful Wreckage” by W.D. Ehrhart. The poem not only gives insight into her culture but also is meaningful to her.

“I chose my poem, [because] my grandpa fought in the Vietnam War,” Do said. “It’s a really emotional poem for me, because I’ve seen him go through so much.”

Hernandez will be competing at the POL Los Angeles County competition on Feb. 7, 2019 at the Cerritos Center of Performing Arts for a chance to advance to the Sacramento state competition. She will be performing two poems: her original one from the district competition and an additional pre-19th century piece.