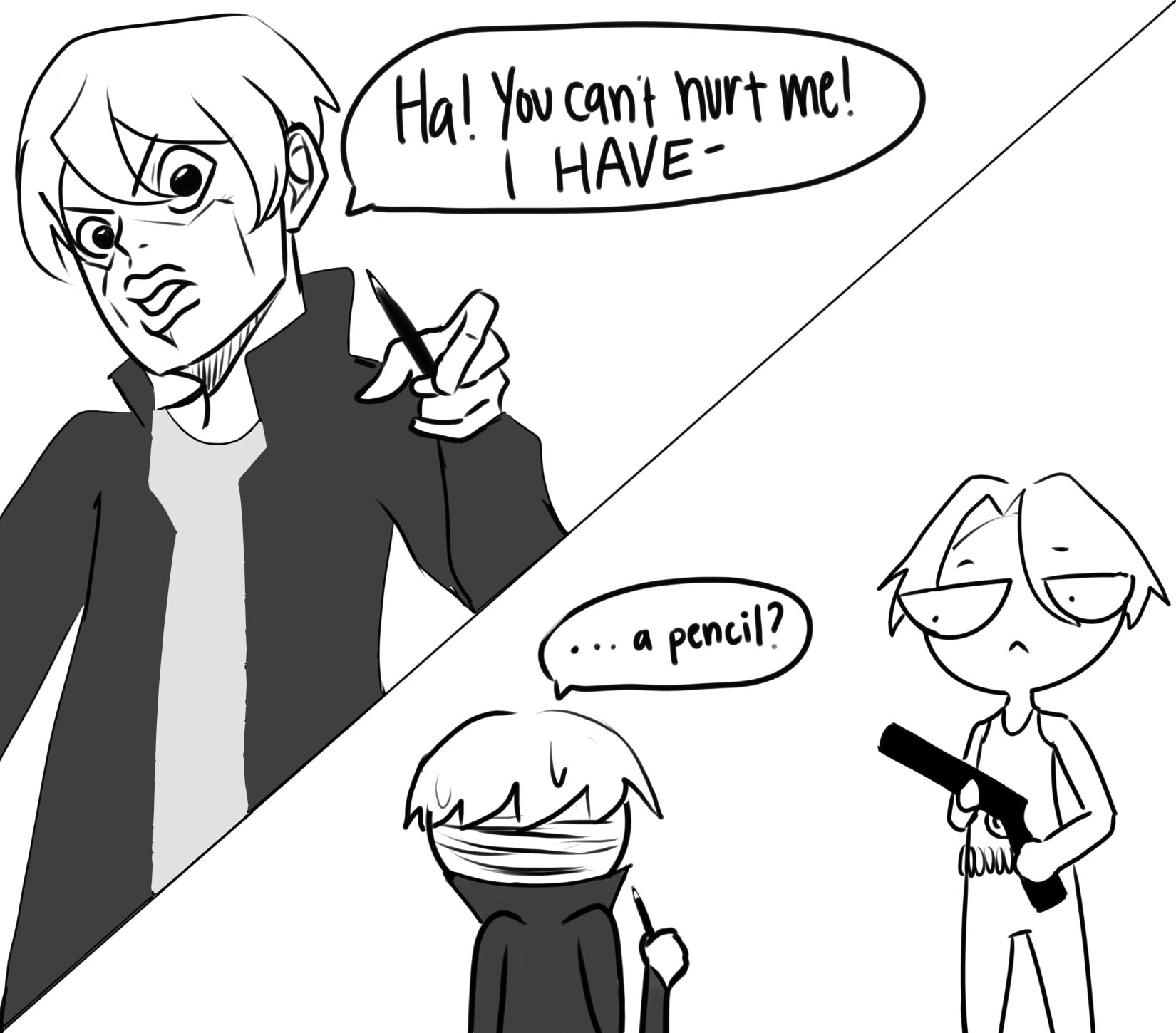 School offers an environment for students to access their right to an education. However, a safe environment cannot be 100 percent guaranteed. Because danger in school is a real possibility, it threatens the safety of students.

Schools, such as Southwestern High School in Indiana, have taken staff and student preparedness for school shootings to a whole new level. According to NBC Nightly News, their protection system consists of bullet-resistant doors, multiple cameras connected live with their sheriff’s department, and exploding smoke cannons hidden in the ceilings. These additions, however, total up to $400,000.

Yet there are simple, inexpensive alternatives our school could implement that would help limit the possible danger to all. Southwestern High School, for instance, utilizes a red tape across a classroom floor, indicating where students should sit behind after aligning the desks in a defensive position.

English teacher Sabrina Morales, a member of the school’s safety committee, shared solutions such as numbering and lettering buildings in sequential order. With students and staff acquiring a clear understanding of where the buildings are located, less confusion would be made in a chaotic state if a school shooting were to take place. Another solution would be to paint the labels on the tops of the buildings. If law enforcement were to fly over the top of the buildings, they would be able to clearly locate the area in need of assistance. Simple and inexpensive solutions like these could go a long way. Despite Morales’s urging, her ideas shared to the school board over the years have not been implemented.

The protocol must be laid out to all in order to ensure that students and staff know every possible means of protection and methods to minimize danger or harm. It is imperative the school institute mandatory trainings for students and staff about what to do if there is an active shooter on campus and how to utilize any materials, such as books and shelves, in the classroom for protection.

While our school occasionally performs safety drills, it neglects the idea of preparation for every scenario such as school shootings. Our school does the bare minimum when it comes to preparedness for school shootings. Despite a student-produced video concerning preparedness shown in the beginning of the school year, actual drills to follow such procedures have not been executed. As a result, it undercuts the importance of the video. The slogan, “Run, hide, fight,” has no purpose if teachers have not been mandated to act it out during actual drills.

The thought of a school shooting occurring can be overwhelming and unlikely, but there is no harm in preparing for the alarming possibility. School is meant to be a safe environment for students to learn, prosper, and achieve their goals. However, “safe” is not achievable if there is deficiency in awareness and preparedness for school shootings on the rise. It is time to not only instill such changes but to recognize the importance of preparing for every scenario.