Despite mass protests, Brett Kavanaugh was swiftly sworn in as the new Supreme Court Justice on Oct. 6. Kavanaugh’s confirmation will surely set back the Senate simply because he is not qualified to be in such a position.

Although Kavanaugh seemed to be a credible candidate at first — a Yale University alumnus who went on to serve as a United States Circuit Judge — after the Kavanaugh-Ford hearing, his lack of judicial temperament quickly became evident. Even with the academic credentials to be the next Supreme Court Justice, those credentials do not make up for the fact that he failed to maintain composure once he was accused of sexual misconduct. In addition to Dr. Christine Blasey Ford, two other women came forward to accuse Kavanaugh of sexual misconduct. As a result, his reputation has been weighed down and his reliability is being questioned by many.

The duties of a Supreme Court Justice are to hear important, controversial cases and issue rulings with the intent to uphold the law and the Constitution. However, Kavanaugh revealed he is highly partisan when he constantly dodged and refused to answer specific questions during his series of hearings. Having a position on ‘the Highest Court in the Land’ comes with a great deal of power that can be abused if certain factors are not taken into account when deciding cases. Even after displaying poor behavior himself, Kavanaugh continues to make biased remarks only further labeling him as unfit to be a Supreme Court Justice.

It makes sense as to why supporters of Kavanaugh are skeptical about the accusations as they are barely coming forward now, but the victims should not be accused of lying for not immediately bringing their cases to court. Regardless, the sexual allegations against Kavanaugh now make him difficult to trust. Though President Trump is clearly in favor of Kavanaugh, the president himself is not exactly the most trustworthy figure either Being that he has also been under government investigation for committing similar offenses, Trump’s two cents should not be considered.

The confirmation of Kavanaugh was exceedingly rushed by not only Trump, but the majority leader of the Senate, Mitch McConnell as well. After all, the sexual assault investigation only lasted for four days, which is undoubtedly not enough time to decide whether or not Kavanaugh was truly innocent or even fit of his new position. 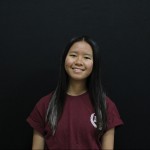